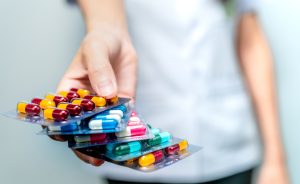 With an aging population, cognitive decline is quickly moving to the forefront of studies in older people. One such study has found a possible link between the use of antibiotics by middle-aged women and cognitive decline later in life.

Previous studies have suggested a connection between gut microbiome health and mental health issues such as depression and schizophrenia. This communication between the gut and central nervous system has been labelled the gut-brain axis.

For this new study, researchers were able to find a link between antibiotic use by women in middle age and cognitive impairment issues. Researchers pulled data from the Nurses’ Health Study II, focusing on middle-aged females with a mean age of 54.7. Data from 15,129 nurses describing antibiotic use and the results of cognitive scores were collected over several years. The cognitive tests consisted of computerized playing card tasks to measure memory, learning, attention, and thinking speed.

Brain function and memory are issues that should be addressed from middle age onwards, as this study suggests. Some degree of cognitive function is normal with aging, but steps can be taken to help reduce the factors that take a toll on the ability of the brain to function at peak potential. Environmental factors can affect concentration, memory, and overall cognitive function.

All of this highlights the importance of supporting brain function. The Smart Pill is an excellent way to maintain healthy brain function and support memory. This unique formula includes ginkgo biloba, huperzine A, bacopa extract, rosemary extract, and a B vitamin complex. The Smart Pill can help improve memory, promote clear thinking, increase concentration and more. Try it today!