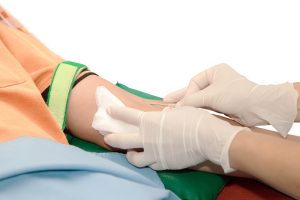 Screening postmenopausal women with an annual blood test for ovarian cancer could reduce deaths caused by ovarian cancer by 20 percent, according to new findings. There is currently no reliable screening method for ovarian cancer, and unfortunately it is often not diagnosed until it is in its later stages. Nearly 60 percent of ovarian cancer patients diet within five years of diagnosis.

Professor at University College London, Dr. Ian Jacobs, “This is an important step forward in managing a disease that has a very poor prognosis. This is the first time that there has been evidence of a reduction in deaths from ovarian cancer through early detection by screening. It opens up the prospect that, in due course, a national screening program for ovarian cancer could become available alongside breast cancer and cervical cancer screening.”

Over 200,000 women between the ages of 50 and 74 were enrolled in the study; some women were not screened, some received annual blood work and others only had ultrasound screenings. For blood work, the researchers checked markers of CA125 in the women’s blood.

The reduction in deaths by ovarian cancer due to screening was reduced by 20 percent.

Dr. Jacobs added, “We knew from our previous studies conducted over a period of 30 years that screening was acceptable to women, that it had a low false-positive rate, achieved a high detection rate and could detect ovarian cancer at an earlier stage. We now have evidence to suggest that it saves lives.”

“When all of this information is available, decisions about implementing a national screening service can be made. In the meantime, women who are considering whether or not to undergo ovarian cancer screening and the health professionals who advise them will have more information from this report on which to base their decision,” he explained.

The American Cancer Society estimates 21,000 women will be affected by ovarian cancer in 2015.