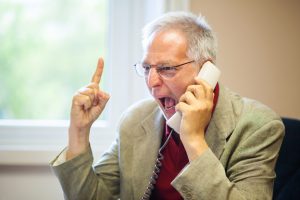 Anger and heavy physical exertion may trigger a first heart attack. In the study involving over 12,000 people, the researchers found that intense activity along with intense emotions nearly double the risk of having a heart attack within the following hour. If people are angry and are exerting themselves at the same time, the risk of a heart attack triples.

This isn’t the first study to uncover a link between anger, physical exertion, and the heart attack risk, but it is the largest study to date covering data from subjects across 52 countries.

The study does not suggest that every person who is angry will suffer a heart attack, but it shows that anger or physical exertion may amplify the risk in those who already have risk factors for a heart attack.

Lead researcher Dr. Andrew Smyth said, “What we felt was important was to ask the same person about two different time periods.”
The researchers found that participants were twice as likely to suffer a heart attack in the next hour if they had bouts of intense emotions or heavy physical exertion, compared to the same hour the day before.

This doesn’t mean that people should bottle up their emotions in order to reduce their risk of a heart attack. Rather, they should look for healthier ways of dealing with intense emotions and work out some effective coping mechanisms.