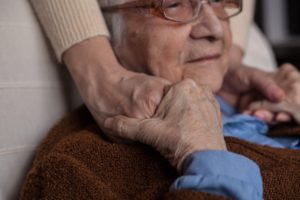 New research shows an inflammatory marker that is associated with dementia. The marker called sCD14 has been found to be related to brain atrophy, dementia, and cognitive decline.

Dr. Seshadri, who is also a professor of neurology at UT Health San Antonio and director of the university’s Glenn Biggs Institute for Alzheimer’s and Neurodegenerative Diseases spoke about the study. “We have strong reason to believe that sCD14 can be a useful biomarker to assess a person’s risk of cognitive decline and dementia.”

“The most exciting part is that we could assess this risk in advance, when there is ample time to intervene and change the course of a person’s life.”

Dr. Pase added, “Higher levels of sCD14 were associated with markers of brain aging and injury, such as total brain atrophy and a decline in executive functioning—the decision-making needed for many activities of daily life.”

At the beginning of the study, plasma sCD14 was measured in all participants’ blood. In the Framingham group, brain MRIs and cognitive testing were performed within one year after the blood draw for sCD14, and a second round of tests was performed after seven years. Overall, for an average of nine years, surveillance for dementia was conducted.

For participants in the cardiovascular health study, the first brain MRI was obtained three to four years after enrollment and a second-round five years later.

The study’s conclusion stated, “Cost-effective, blood-based biomarkers are greatly needed to detect and track the progression of preclinical brain injury predisposing to dementia. Such biomarkers could also act as endpoints in clinical trials of disease-modifying interventions and expand our understanding of disease biology.”

While there are no drug trials to date for lowering sCD14 levels, some researchers believe that some anti-inflammatory medications, such as statins, can lower sCD14. “There is a growing recognition of the role of inflammation in neurodegeneration and vascular injury-related cognitive decline and dementia,” Dr. Seshadri said.

There is no current treatment for high levels of sCD14, and more research is still needed to verify a direct link between incident dementia and the inflammatory marker. However, this study helps to pave the way for physicians to start looking at markers such as sCD14 to prevent illness and disease or at least to create low-cost screening.