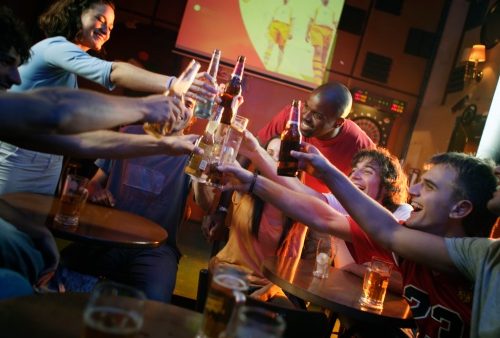 Excessive alcohol consumption continues to drain the American economy, according to findings from the Centers for Disease Control and Prevention (CDC). In 2010 excessive drinking cost the American economy $249 billion, which is a $25.5 billion increase since 2006. Costs were related to crime, a reduction in workplace productivity and treating health-related problems associated with drinking.

Drinking more than five drinks on one occasion for men, and over four for women, constitutes as binge drinking. Binge drinking was responsible for 77 percent of the total costs.

Robert Brewer, M.D., from the CDC said, “The increase in the costs of excessive drinking from 2006 to 2010 is concerning, particularly given the severe economic recession that occurred during these years. Effective prevention strategies can reduce excessive drinking and related costs in states and communities, but they are under used.”

Excessive alcohol consumption is related to 88,000 deaths annually, with one in 10 among Americans aged 20 to 64.

The researchers still believe the costs are underestimated as much of the information surrounding alcohol is unavailable. For example, estimations of pain and suffering due to alcohol-related harm were not included in the study.

The study was published in the American Journal of Preventive Medicine.