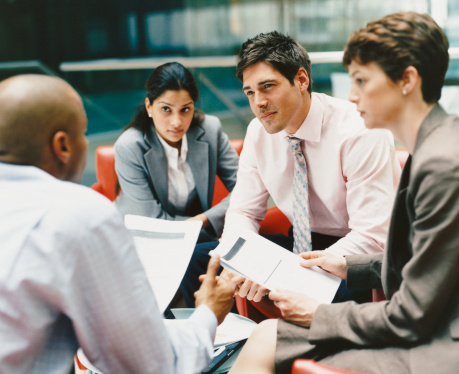 Jobs that stimulate the brain, especially the ones with a strong focus on people, have been found to reduce the risk of Alzheimer’s disease. People performing intellectual work are better equipped for withstanding the effects of brain lesions commonly found in Alzheimer’s disease, it turns out.

This is particularly true for individuals whose jobs involve complex social interactions, compared to working independently on data analysis or with complex apparatuses. Lead researcher Elizabeth Boots explained, “People are just more complex than data or things. Human interactions require much more brain power than working with data on a computer or working with machinery.”

Presented Sunday at the Alzheimer’s Association International Conference in Toronto, Canada, this new study – along with two similar ones – focused on how occupation can protect a person against Alzheimer’s disease. Here are a couple of other findings presented at the conference:

All these findings relate to a concept known as “cognitive reserve.” Boots explained, “It’s this idea that enriched life experiences, like higher education or occupational complexity, can provide protection against Alzheimer’s disease pathology in the brain.”

For the study, researchers conducted MRI scans on 284 healthy participants over the age of 60. The researchers were looking for areas in the brain that could indicate small lesions caused by micro-strokes. Along with plaques and tangles, these lesions are well-known indicators of Alzheimer’s disease.

The researchers found that participants working in jobs that involved high levels of social interaction were better able to ward off the effects of dementia or Alzheimer’s disease – even if they had many lesions – compared to people in other occupations.

The findings do not indicate that people whose occupations do not involve social interaction are doomed to dementia. The researchers pointed out that even volunteering in the community is enough to help boost brain health.