Alzheimer’s disease and stroke rehabilitation patients may benefit from music therapy. Research has found that the hippocampus, the brain region mainly responsible for long-lasting memories, responds to music.

Study lead Iballa Burunat said, “Our study basically shows an increase of activity in the medial temporal lobe areas—best known for being essential for long-term memory—when musical motifs in the piece were repeated. This means that the lobe areas are engaged in the short-term recognition of musical phrases.” Fellow researcher Dr. Elvira Brattico added, “Importantly, this hadn’t been observed before in music neuroscience.”

The participants were instructed to listen to the Argentinean tango from beginning to end. The researchers then identified brain areas involved in motif tracking and did not rely on participants self-reports. Iballa Burunat added, “We think that our novel method allowed us to uncover this phenomenon. In other words, the identified areas may also be related to the formation of a more permanent memory trace of a musical piece, enabled precisely by the very use of a real-life stimulus (the recording of a live performance) in a realistic situation, where participants just listen to the music as their brain responses are recorded.”

“We cannot ignore music’s emotional power, which is thought to be crucial for the mnemonic power of music as to how and what we remember. There is evidence on the robust integration of music, memory, and emotion—take for instance autobiographical memories. So it wouldn’t be surprising that the emotional content of the music may well have been a factor in triggering these limbic responses,” Iballa Burunat explained.

Further exploration of the music and brain connection may aid in future treatments for Alzheimer’s disease and stroke.


Alzheimer’s disease and the benefit of music therapy

Other research has shown the benefits of music therapy in Alzheimer’s disease. Researchers from Boston University School of Medicine (BUSM) found that Alzheimer’s disease (AD) patients improved their memory of verbal information when it was provided in the context of music.

To conduct their study, researchers compared Alzheimer’s patients along with healthy controls who were both presented with information either in the form of spoken word or lyrics accompanied by music and printed lyrics on a computer screen. Twenty of the songs were sung and 20 songs were spoken.

After each song, the participants were asked if they were familiar with the song. The researchers found there was greater accuracy when songs were sung rather than spoken.

Ally explained, “Music processing encompasses a complex neural network that recruits from all areas of the brain that are affected at a slower rate in AD, compared to the areas of the brain typically associated with memory. Thus, stimuli accompanied by music and a sung recording may create a more robust association at encoding than do stimuli accompanied by only a spoken recording in patients with AD.” 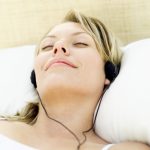 Research in stroke recovery found that stroke patients can enhance their recovery through music listening. The researchers suggest that listening to music, “[is an] inexpensive way to help stroke patients cope with the adverse emotional and psychological impacts of stroke, as well as to support their cognitive recovery, especially in the early post-stroke stage.”

The researchers found that daily listening to music can help improve auditory and verbal memory.

A second study included 54 patients who were divided into a music group, an audio book group, or a control group. The music group and audio book groups were instructed to listen to the recordings for a few hours a day. Participants were evaluated at three months and six months post-stroke.

After 60 days, the music group scored the highest in verbal memory, focused attention, and a reduction in depression and confusion.

The findings suggest that music therapy is successful in improving stroke recovery.