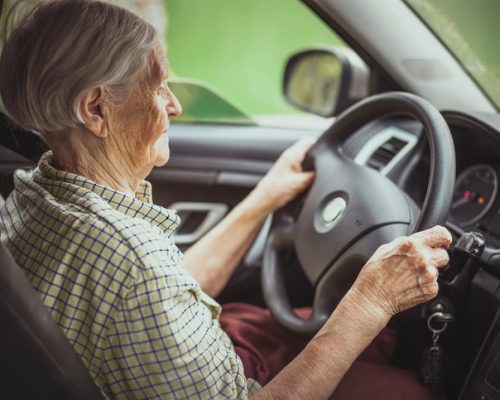 The researchers found large inconsistencies when analyzing 32 previously published studies on the topic.

Coauthor of the study Megan Hird said, “Many individuals with Alzheimer’s disease and mild cognitive impairment are at an increased risk of driving collisions and crashes, compared to other seniors. Despite this, some patients are able to retain the ability to drive safely. But the complex nature of these conditions and of driving itself makes deeming a patient an unsafe driver extremely difficult for clinicians.”

“The other challenge in cognitive impairment and driving ability is that they are degenerative conditions. Patients can have very mild to severe cognitive impairments that can vary over time, making it difficult for clinicians to accurately assess their safety as a driver without having a consistent assessment tool,” Hird added.

The researchers also uncovered that failure rate among Alzheimer’s patients was 10 times higher than in those without Alzheimer’s in a study of on-road assessments. Three tests were deeded to be the best predictors of the patients’ driving ability, looking at planning, attention, speed, and visuospatial functions. In both road test and simulator testing, those with mild cognitive impairment demonstrated only minor driving impairments.

Hird concluded, “This would be an important step to determine if certain driving behaviors are associated with different severities in these patients, and may serve as a first step to creating a valid and reliable tool for clinicians to use with their patients.”

One in every three dementia patients continues driving. A dementia diagnosis does not automatically translate into driving cessation. In order to continue driving, a person must have proper attention and concentration, visuospatial skills, problem-solving skills, judgment and decision-making, as well as reaction and processing skills. A safe driver must also remain calm and patient, and memory is required for many components of safe driving, such as remembering to switch your turn signal on or recalling the protocol for crossing all-way stop intersection.

With progressing dementia, many of these aspects begin to deteriorate, which can make driving more challenging and dangerous to both driver and public. Many dementia patients also have other medical conditions – such as vision or hearing loss – which can further complicate their driving.

If you (or someone you know) have been diagnosed with Alzheimer’s disease or mild cognitive impairment, it’s important that you retest your driving capability and inform the licensing authority in your area of your diagnosis. Otherwise, you’re putting yourself at risk for prosecution, should an accident occur.