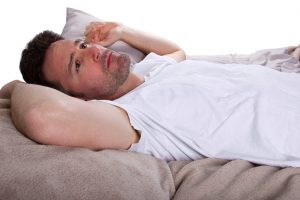 Alzheimer’s disease and dementia progression and onset are linked to chronic sleep disturbances. Study lead Domenico Praticò explained, “The big biological question that we tried to address in this study is whether sleep disturbance is a risk factor to develop Alzheimer’s or is it something that manifests with the disease.”

The researchers initially looked at longitudinal studies that showed that people who reported chronic sleep disturbances were more likely to develop Alzheimer’s disease.

The researchers used Alzheimer’s mice models in which the rodents developed memory problems within one year.

“At the end of the eight weeks, we didn’t initially observe anything that was obviously different between the two groups. However, when we tested the mice for memory, the group which had the reduced sleep demonstrated significant impairment in their working and retention memory, as well as their learning ability,” explained Praticὸ.

“Surprisingly, we didn’t see any difference between the two groups in the amyloid plaques. However, we did observe that the sleep disturbance group had a significant increase in the amount of tau protein that became phosphorylated and formed the tangles inside the brain’s neuronal cells,” he added.

Elevated levels of phosphorylated tau can disrupt the cells’ synaptic connection or their ability to transport a nutrient/chemical or transmit an electrical signal from one cell to another.

“Because of the tau’s abnormal phosphorylation, the sleep-deprived mice had a huge disruption of this synaptic connection. This disruption will eventually impair the brain’s ability for learning, forming new memory, and other cognitive functions, and contributes to Alzheimer’s disease,” Praticὸ continued.

The researchers concluded that sleep disturbances are an environmental risk factor for Alzheimer’s disease.

“Importantly, there are several lifestyle factors, such as exercise, that can influence your brain’s health. Thus, it must be borne in mind that a multifaceted lifestyle approach comprising good sleep habits is essential for maintaining brain health as you age,” Benedict added.

In his earlier research, Benedict found that a single night of sleep deprivation increased blood concentration of molecules that can contribute to acute brain damage.

In a cross-sectional study of 70 men, the researchers aimed to determine if there is an association between self-reported sleep disturbances and beta-amyloid deposition.

The researchers found that shorter sleep duration and poorer sleep quality were linked to a greater Alzheimer’s disease progression. Additional research is required to determine whether sleep disturbances are a cause or an accelerator of Alzheimer’s disease.