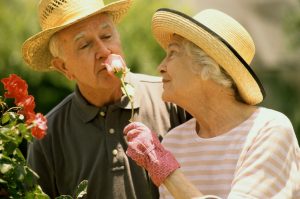 Examples of moderate physical activity include walking, cycling, ballroom dancing, or gardening, according to the CDC.

Senior researcher Dr. Zaldy Tan said, “It doesn’t require intensive physical activity to decrease risk of dementia. Even moderate amounts are fine.”
“The message here is that you’re never too old to exercise and gain benefit from it. These patients derive the most benefit from exercise because they are the ones who are at the age of greatest risk for dementia,” Dr. Tan continued.

Brain scans revealed that those who partake in physical activity regularly are better prepared to withstand the effects of aging. Furthermore, they tend to have larger brain volume – while, it is well known that the brain shrinks with age.

The study reveals that seniors don’t need to necessarily join a gym, but rather partake in physical activities they enjoy, such as walking around the block are even attending to their garden as a means to ward off dementia.