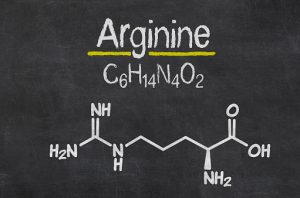 Up until now, causes of Alzheimer’s have only been speculated. Current ideas surround genetic, environmental and lifestyle factors. One thing is for certain, though, Alzheimer’s disease has a huge impact on the brain – killing brain cells which leads to memory loss and impaired ability to function.

As scientific research into Alzheimer’s continues, we may now be one step closer to the cause. Researchers at Duke University in Durham, North Carolina may have uncovered what they say could cause Alzheimer’s disease.

Published in the Journal of Neuroscience, researchers used mice to come to their new findings. Previous study suggested that amyloid plaques and tangles of tau proteins in the brain worked together to develop Alzheimer’s. But researchers now say these two components in the brain are getting help from other cells.

The immune cell, called microglia, is supposed to protect the brain. But in the case of Alzheimer’s, this cell actually starts to weaken the immune system. Within laboratory mice that had Alzheimer’s, the microglia increases the amount of an enzyme called arginase. When this occurs, it depletes arginine, an essential amino acid to nerve cells.

Researchers hypothesize that if there was a way to block the increase of arginase then that could be a means of treating Alzheimer’s. They also conclude that arginine is important for the health of nerve cells. So it may seem as easy as supplementing the body with arginine, but unfortunately, as the researchers point out, dietary arginine does not get absorbed to the brain, so you cannot use it to boost your brain health.

Researchers are optimistic about their discovery, but are aware that response in mice does not always translate to treatment on humans. We do see it as a hopeful stepping stone bringing us closer to an exact cause of Alzheimer’s.

Alzheimer’s facts and statistics in America

Alzheimer’s is a form of dementia that affects memory. A person’s thoughts, memory and even language are impacted, and they will lose these abilities over time. As of 2013, roughly five millions Americans have been diagnosed with Alzheimer’s. Although the majority of those diagnosed are seniors, younger people can still get the disease as well. The Centers for Disease Control and Prevention (CDC) estimates by 2050 up to 14 million people will have Alzheimer’s.

With Alzheimer’s on the rise – risk doubles every five years after the age of 65 – finding a cause is imperative. When a cause is confirmed we can begin to work on better treatment and even a cure. With continuing research, we develop a better understanding of the debilitating disease, and become one step closer to a cure.

Research like this discovery from Duke’s University just goes to show that with advancements in medicine we can start to get to the root of many diseases that we previously had little knowledge about. Research like this gives us hope that our children’s children can live a life without the fear of losing their memory.

Researchers from the Monell Center recently collaborated with the U.S. Department of Agriculture (USDA), and other institutions to do a study on odor as a biomarker for Alzheimer’s disease. The study was conducted on mouse models. Continue reading…

Until very recently tau tangles in the brain were associated with Alzheimer’s disease, but now a recent study out of Australia links tangle buildup in the brain to type-2 diabetes. According to the author of the study Dr. Velandai Srikanth, who is also an associate professor and specialist senior geriatrician at Monash University in Melbourne, diabetes may be linked to the buildup of “tangles” in the brain, separate from Alzheimer’s disease. Continue reading…