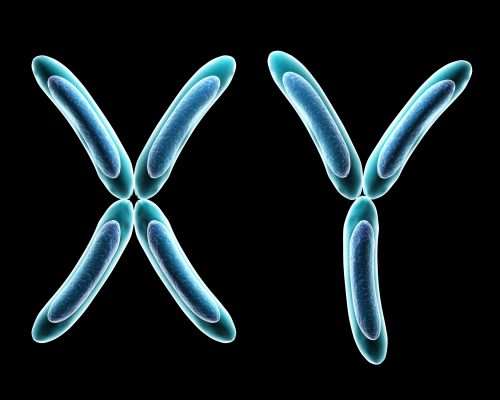 The possibility of losing Y chromosome in men due to aging has already been known, but what this meant for men’s health has been unclear.

In addition to the discovered association with an increased risk of Alzheimer’s disease, the loss of Y chromosome has also been found to be associated with a higher cancer mortality.

The research raises many questions. Which lost genes from the Y chromosome contribute to Alzheimer’s disease? When does Y chromosome loss begin?

The findings are based on the blood samples taken from 3,200 European men of which 17 percent had detectable loss of Y chromosome. When the researchers focused on men without Alzheimer’s disease, they found that the loss of Y chromosomes increased their risk of developing the disorder.

Because the loss of Y chromosome is also associated with cancer mortality, researchers speculate that the immune system may play a role here as well.

Dr. Luca Giliberto, a neurologist and researcher with the Feinstein Institute for Medical Research, said, “A faulty brain immune system has been proposed as a possible ‘soft spot’ for Alzheimer’s disease, allowing for the abnormal accumulation of proteins and consequent (brain cell) degeneration.”

Additional research is required to better understand the role of Y chromosome in the immune system in order to determine whether Y chromosome is a biomarker for Alzheimer’s disease.

Research by Uppsala University found that the loss of Y chromosome is linked to an increased risk of death from cancer. It has been well known that men have a shorter lifespan than women, but the mechanisms behind this phenomenon have not been well understood. Alterations in DNA of normal cells accumulate throughout our lives and have been linked to diseases such as cancer and diabetes.

The researchers analyzed DNA in blood samples taken from over 1,600 men and found the most common gene alteration was the loss of Y chromosomes in a proportion of the white blood cells.

Research lead Lars Forsberg said, “Men who had lost the Y chromosome in a large proportion of their blood cells had a lower survival, irrespective of cause of death. We could also detect a correlation between loss of the Y chromosome and risk of cancer mortality.”

“You have probably heard before that the Y chromosome is small, insignificant, and contains very little genetic information. This is not true. Our results indicate that the Y chromosome has a role in tumor suppression and they might explain why men get cancer more often than women. We believe that analyses of the Y chromosome could in the future become a useful general marker to predict the risk for men to develop cancer,” concluded Jan Dumanski, professor at the Department of Immunology, Genetics, and Pathology.

Alzheimer’s disease prevention with coffee may be possible: Studies

Alzheimer’s disease risk rises with high blood sugar and insulin resistance. More than half of senior Americans have prediabetes, according to the American Diabetes Association. Prediabetes puts people at a higher risk of developing diabetes, because they have elevated blood sugar. Continue reading…