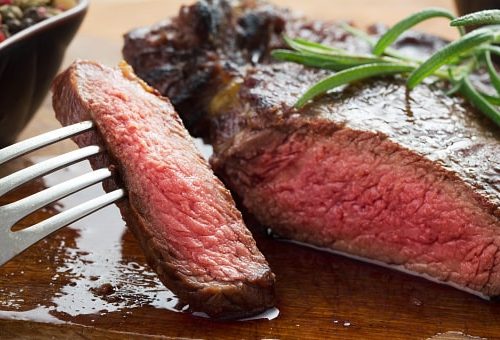 A new study from the University of Virginia School of Medicine has found that a sensitivity to an allergen found in red meat can lead to a build-up of plaque in the arteries, increasing patients’ risks of developing heart attacks or stroke. The sensitivity is spread by lone star tick bites, which has caused people to develop an allergy to red meat. Those who do not show the symptoms of an allergy still exhibit a sensitivity to the allergen and the build-up of fatty molecules.

The sensitivity to red meat is actually a sensitivity to alpha-gal, a type of sugar found in red meat. People who have the symptomatic allergy show symptoms within three and eight hours of consuming red meat. Symptoms include hives, upset stomach, and trouble breathing.

This is the first study of its kind to make the association between the tick bites, the sensitivity to red meat, and the build-up of plaque in the arteries, although the sensitivity to alpha-gal was first noted in 2009 by Thomas Platts-Mills from the University of Virginia School of Medicine. Since its discovery, the population of people with the sensitivity is becoming larger, as the ticks migrate and continue to grow their own population. Larger numbers of the meat allergy are reported each year in the United States.

The researchers examined 118 participants. They took blood samples from both the experimental and the control groups. Those that showed the sensitivity to red meat also had 30 percent more fat build-up in their veins and arteries than those without the sensitivity. The plaque found in the participants allergic to red meat was more unstable and also more characteristic of the plaque associated with heart attacks, stroke, and heart disease.

The researchers who participated in this current study believe that this red meat allergy may be an unknown sign of heart disease. “These preliminary findings underscore the need for further clinical studies in larger populations from diverse geographic regions,” said lead researcher Coleen McNamara.

Another researcher on the study, Jeff Wilson, said “This work raises the possibility that in the future a blood test could help predict individuals, even those without symptoms of red meat allergy, who might benefit from avoiding red meat. However, at the moment, red meat avoidance is only indicated for those with allergic symptoms.”

Identifying the meat allergy with a blood test would be a powerful first step in identifying people at risk for developing heart disease. From that point, they could be monitored much more closely and begin to take preventive measures against cardiac events.

Is Too Much Protein Bad for the Heart?