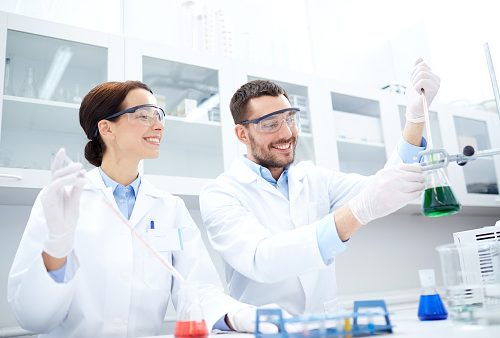 Arthritis is an inflammatory condition of the joints that causes joint pain and stiffness, usually getting worse with age. It is estimated that around 90 percent of all people over the age of 65 have this condition to some degree.

For the most part, arthritis is treated with anti-inflammatory medication and pain killers, but researchers at ETH Zurich, Empa, and the Norwegian research institute SINTEF are attempting to find a new arthritis treatment using algae.

Arthritis can affect all joints of the body, with the most common location being the knee, hip, and finger joints. It is currently considered an incurable condition that gets worse as times goes on. It occurs as the protective layer of cartilage that lines the joint deteriorates over time through repeated use. Affected joints can be extremely painful, as the added friction induces the inflammatory process, leading to joint damage.

A long-chain sugar molecule called a polysaccharide that is derived from brown algae is being examined for its medical application toward treating arthritis inflammation. It was found that after being chemically modified, this compound can reduce oxidative stress, having an anti-inflammatory effect.


Extracting a compound from a natural source

The polysaccharide substance had been extracted from the stem of brown algae (Laminaria hyperborean). The compound is similar to specific extracellular biomolecules in cartilage. The team led by ETHZ researcher Marcy Zenobi-Wong and Empa researcher Katharina Maniura has now succeeded, together with SINTEF in Norway, at identifying a substance with the potential to halt cartilage degeneration in joints.

The researchers achieved this by chemically modifying the compound with sulfate groups. It was then added to cell cultures to see how it reacted to various cell types. The modified polysaccharide was found to significantly reduce oxidative stress—a frequent cause of damage and cell death in the human body.

It was the binding of additional sulfate groups to the derived compound from brown algae that suppressed the inflammatory reaction.

“The hope is that they can even stop this degeneration [of arthritis],” says Empa researcher Markus Rottmar.
The compound, referred to as alginate sulfate, has only been tested in a laboratory setting, but it demonstrates encouraging results. The next stage of research will be to test the substance on animal models, with clinical trials beginning in humans if successful.

How to deal with arthritis pain on a daily basis

Why you should never ignore your arthritis symptoms