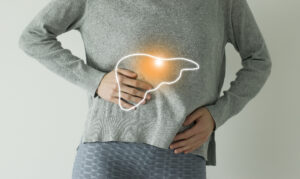 A new study suggests that America has a collective drinking problem that is made worse by obesity.

The new study found that deaths from alcoholic cirrhosis have more than tripled in 20 years.

The doctors hypothesized that many people drink more and start earlier in life. However, they also believe that there are other factors at work, particularly obesity and sedentary lifestyles.

According to one of the lead researchers of the study, the reason America sees more liver disease earlier is not just that they are drinking more, but they are eating more (and likely worse) and exercising less, leading to accelerating liver damage.

Sedentary living and obesity are also the root cause of the diabetes epidemic, in addition to heart disease, stroke, and other chronic health issues.

Regarding drinking, it’s advised to limit alcohol to one drink per day for women and two for men.

If you’re concerned about the impact of alcohol on your liver, find ways to reduce alcohol intake. Some ways to do this include trying a growing variety of non-alcoholic beer, wine, and spirits. You could also try moving between a glass of water and non-alcoholic drinks on an occasion where you may be consuming more than one or two.

But it is also wise to consider other factors. You can help your liver by losing weight, becoming more active, and eating a healthier diet rich in nutrients offered by fruits, vegetables, whole grains, nuts, and more while limiting processed food.