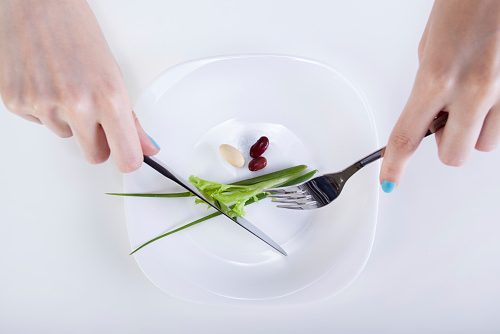 Although the fountain of youth has yet to be discovered, researchers are a bit closer to uncovering strategies that can slow down the aging process. The findings from Brigham Young University suggest that cutting back on the number of calories you consume daily can work to slow down the aging process of our cells. More specifically, a reduction in calories affects ribosomes, which are the cells protein makers. The ribosomes are allowed more time to repair themselves when fewer calories are consumed, which can slow down aging.

Professor and senior author John Price explained, “The ribosome is a very complex machine, sort of like your car, and it periodically needs maintenance to replace the parts that wear out the fastest. When tires wear out, you don’t throw the whole car away and buy new ones. It’s cheaper to replace the tires.”

The researchers conducted their studies on mice by observing two groups of them. One group of mice were offered an unlimited food supply, while the other group reduced their calorie intake—they ate 35 percent less than the other mice. Price added, “When you restrict calorie consumption, there’s almost a linear increase in lifespan. We inferred that the restriction caused real biochemical changes that slowed down the rate of aging.”

This isn’t the first time that calorie consumption has been linked to the aging process. Many studies before Price have uncovered similar findings. Not only does calorie restriction slow down aging, but Price and his team noticed other benefits too. “The calorie-restricted mice are more energetic and suffered fewer diseases. And it’s not just that they’re living longer, but because they’re better at maintaining their bodies, they’re younger for longer as well,” Price continued.

Before you go ahead and start restricting your caloric intake, Price does have some advice. Studies that have observed caloric intake and aging are often completed on mice or other animal models and have yet to be observed in humans. Price added, “Food isn’t just material to be burned — it’s a signal that tells our body and cells how to respond. We’re getting down to the mechanisms of aging, which may help us make more educated decisions about what we eat.”

Although caloric restriction has been found to offer other benefits to humans, anti-aging may not yet be one of those benefits. It pays off to be mindful of your caloric intake, as it is immediately linked to your weight, and being overweight is tied to many health problems and diseases.

Yeast used to show how genes may slow aging