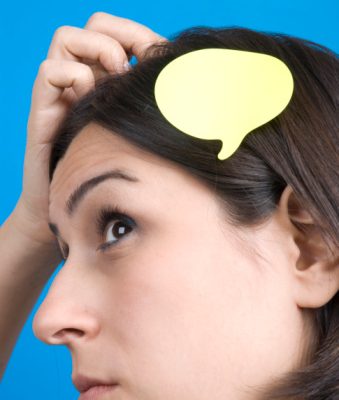 One in eight older Americans has Alzheimer’s disease and this statistic is likely to rise with the aging population.  Alzheimer’s is the sixth leading cause of death in the United States, according to www.alz.org.  People suffering with brain disease, including Alzheimer’s disease, often lose their memory and over time, this memory loss becomes debilitating.

Research is continually being conducted on the brain to better understand brain health and to help determine the causes of diseases that affect the brain, including Alzheimer’s disease.   Two recent studies have shown that there may be a link between this debilitating brain disease and a rare gene mutation, specifically in TREM2.

Dementia – Diseases of the Brain

Dementia is a general term that is used to describe a variety of diseases that affect brain health.  Alzheimer’s disease is the most common form of dementia.  Brain disease develops when the nerve cells (called neurons) in the brain die or function abnormally. Neuronal cell death or malfunctioning leads to changes in memory, reasoning and behaviour, among other things.  The most common characteristic seen in Alzheimer’s patients is the build-up of protein and plaques inside and in-between brain cells. In Alzheimer’s patients, changes in memory, reasoning and behaviour eventually interfere with their ability to perform activities of daily living and is ultimately fatal.

According to www.medicalnewstoday.com two studies were recently conducted looking at brain health involving Alzheimer’s patients – one was led by John Hardy of University College London (UCL) and the other by deCode Genetics.  The UCL study used data from 44 institutions around the world, and included roughly 25,000 participants.  The researchers narrowed their research in on the TREM2 gene.  They identified a set of mutations in this gene that were seen more often in over 1,000 Alzheimer’s patients than in healthy individuals. The most common mutation seen in this study was R47H.  It was associated with a substantially increased risk of Alzheimer’s disease as it was seen in 1.9% of Alzheimer’s patients and in only 0.37% of healthy subjects.  The researchers note that not everyone who has the TREM2 mutation will develop Alzheimer’s, but it definitely increases the risk of developing this brain disease.  In individuals who have the gene mutation, other genes as well as environmental factors will also play a role in the development of Alzheimer’s.

Both studies concluded that a mutation in TREM2 gene, which helps to trigger an immune response, increase the risk of developing Alzheimer’s disease.

How Does TREM2 Affect the Brain Health?

Researchers have conducted some preclinical studies and results show that the TREM2 gene is responsible for clearing cell debris and amyloid protein from the brain.  Additional studies show that TREM2 is also responsible for helping with the inflammatory response of the immune system. The inflammatory response has been connected to Alzheimer’s disease and decreases of brain health.   Further research is needed to determine precisely how the TREM2 gene mutation affects brain health. However, the findings from these two studies give insight into a new possible way to target the brain with medications.

Protecting Your Brain Health and Memory

While this research shows that having the TREM2 gene mutation increases your risk of developing Alzheimer’s disease later in life, there are some tips that you can follow to help protect your brain health and save your memory.