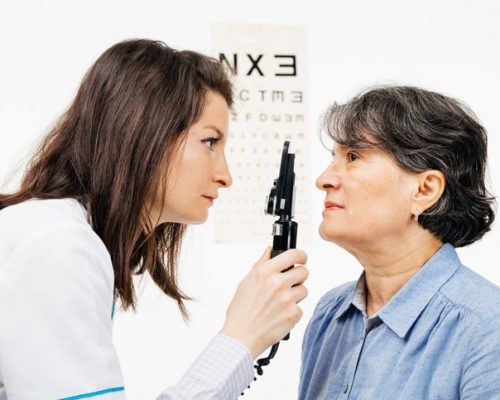 Age-related macular degeneration (AMD) is a condition where the light-sensitive cells at the back of the eye begin to deteriorate over time. The condition is also characterized by the build-up of fatty deposits and abnormal blood vessel growth in the eye, which can eventually lead to the loss of vision or blindness. AMD has previously been associated with dementia, with the memory condition believed to be a symptom of AMD.

There are several stages of AMD, with late-stage AMD being characterized by geographic atrophy (the break down of the light-sensitive cells in the eye) and neovascular AMD (the abnormal growth of blood vessels under the retina in one or both eyes).

A recent study found that anticholinergic drugs may lead to the development of AMD, as they are associated with the build-up of fatty deposits and dementia, both of which are related to the eye condition. Anticholinergic drugs are commonly used to treat depression, allergies, incontinence, and Parkinson’s. The researchers sought to examine the relationship between the drugs and late-stage AMD.

The participants for the study were over the age of 60 and had been professionally diagnosed with late-stage AMD prior to the commencement of the study. There were 200 AMD patients and 200 non-AMD patients who acted as controls that participated in the study. They gathered data from medical records and interviews with the participants. They took note of the first time abnormal blood vessel growth was documented and whether anticholinergic drugs or any other medications were used before the diagnosis of late-stage AMD, three months before the study began, and throughout the medical history of the participants.

Study participants were classified by level of anticholinergic drug use and the duration of use, if any. The researchers also considered age, sex, weight, ethnicity, dietary habits, smoking, alcohol consumption, education, eye color, cardiovascular diseases prior to diagnosis, previous eye surgery, and family history of AMD as part of their analysis. They noted that the AMD patients were twice as likely to be smokers, 60 percent more likely to drink moderately, and three times as likely to have a family history of AMD than the control group.

The study results show a clear connection between the development of late-stage AMD and the use of anticholinergic drugs. It’s still unknown which of the factors is the cause of the relationship, meaning anticholinergic drug use could be responsible for the development of AMD, but it’s also possible that the presence of AMD in an individual will create symptoms for which the drugs would be prescribed. Additional research is needed to clarify the underlying mechanisms of the association.