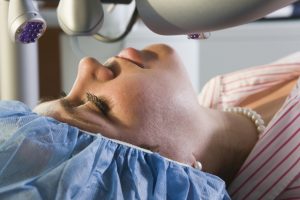 Age-related macular degeneration (AMD) in its early stages may be reversed with laser treatment. Researcher Erica L. Fletcher explained, “It is hoped that this study will provide a basis for the clinical use of the low energy nanosecond laser in those with early stage age-related macular degeneration and that such a treatment will limit the progression of the disease to the advanced, sight-threatening forms.”

The researchers treated patients with AMD in one eye with a single session of nanosecond laser treatment. Participants underwent eye exams every six months for two years after the treatment. Patients were then compared to another group of AMD patients who were untreated.

The results demonstrated that treating AMD with laser early on has limited the progression of the disease. The nanosecond laser did not cause any damage to the retina (the tissue at the back of our eyes that contains much-needed light-detecting cells) and it was shown to even have positive effects for the untreated eye as well.

Bel Marra Health previously reported on the development of this nanosecond laser treatment.

Researchers found that unlike other laser treatments, this low-impact, low-energy kind of nanosecond laser is not likely to damage the retina.

Laser surgery is typically used as a treatment to seal leaking blood vessels caused by AMD, slowing down the loss of central vision. The dry form of AMD causes a gradual breakdown of light-sensitive cells in the retina, and this may not affect vision significantly.

The wet form, however, occurs when abnormal blood vessels grow under the retina. These vessels then leak blood and fluid, eventually causing scarring. When this happens, vision loss can progress quite quickly.

Both hot and cold laser therapy are used to treat wet AMD. Hot laser treatment seals blood vessels that abnormally leak in the retina, which prevents their growth. On the other hand, a cold laser can destroy the new, leaky vessels without ever affecting normal tissue.


How to detect age-related macular degeneration

The Amsler grid test is used to detect eye damage caused by macular degeneration or other eye diseases. Detecting eye damage or an eye disease early on can jumpstart treatment and reduce the risk of associated complications.

The Amsler test uses a grid with a black dot in the center. This test can be performed at home or at an eye clinic. By no means does the Amsler grid test replace a thorough eye exam, but it can offer some insight into eye health.

If you are wearing corrective lenses, it’s important that you keep them on while performing the Amsler grid test. The grid should be the same distance from your eyes as would any other reading material.

To complete the test, cover one eye and focus on the center dot. Now ask yourself:

Once you’ve completed the test with one eye, switch to the other and ask yourself the same questions. Your answers can provide your eye doctor with some insight into your eye health, potentially prompting for additional testing and examination.

To make it a bit easier, you can mark the chart in the areas that appear blurry, darker, or not visible, and bring the chart for your doctor’s review.

Another test that can provide you with insight into your vision is known as the face test. By looking at yourself in a bathroom mirror, cover one eye and allow the other eye to focus on your face. Switch eyes, and try focusing on your face again. If you notice any blurriness or distortion, report this to your eye doctor.