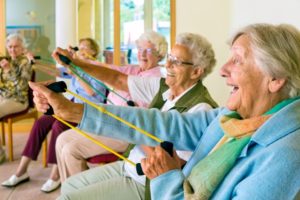 Obesity comes with a whole slew of other health risks, including type 2 diabetes and kidney disease. Kidney disease is a well-known comorbidity of type 2 diabetes, but this is especially true in patients who are excessively overweight and who do not exercise regularly.

Chronic kidney disease can cause a mineral imbalance in patients, affecting their bone density and bone health. This can eventually lead to weakening of the bones to the point of osteoporosis or the development of other bone-related conditions. Early signs of kidney disease in diabetic patients include the presence of high levels of proteins in the patient’s urine. At this point, the kidneys may also fail to be able to properly filter waste from the bloodstream.

A new study may have found a way to decrease the risk of kidney disease caused by diabetes in obese patients. The researchers behind the study examined two groups of rats to test the effects of exercise on the condition. The first group were the experimental group or the exercise group and were submitted to exercise sessions between 45 and 60 minutes each day for five days out of the week. The control group of the “sedentary” group was only exercised for 15-minute intervals twice a week.

Both groups of mice included lean and obese subjects, so the effects of exercise versus sedentariness could be examined in each. In both groups, the obese mice showed hardening of the arteries or scarring of the arteries, increased levels of protein in their urine, and fat deposits remaining inside the kidneys’ filtration system.

The researchers noted that the obese mice’s risk of developing osteoporosis remained the same, no matter which group they were included in, however. The most significant finding of the study was the improvement to the health of the blood vessels and better overall kidney health in the obese mice in the experimental group.

In conclusion, the researchers wrote, “the introduction of an exercise program based in AIT (aerobic interval training) is a good strategy to prevent alterations in kidney structure and urinary parameters caused by obesity and the development of diabetic nephropathy (kidney disease) in obese Zucker rats.”.