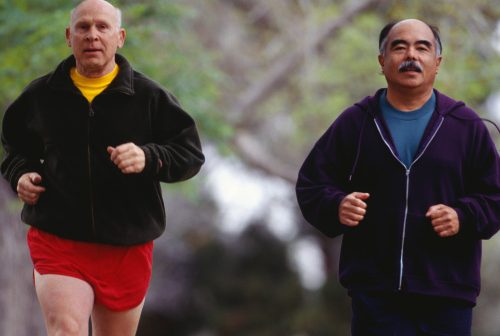 We all know that alcohol is our liver’s number one nemesis, and if you’re up there in age, you may think there is nothing you can do to combat all those years of treating your liver poorly with booze. Alcohol has been linked to many liver conditions, such as alcoholic liver disease, fatty liver disease, and even fibrosis. Because everything we take into our bodies is passing through the liver, it can take a real beating.

In a perfect world, we would just have impeccable self-discipline to avoid alcohol altogether. Though, who are we kidding, a glass or two is likely to come up every now and then. But when it comes to excessive drinking, nothing was known to protect the liver from damage – until now.

Recent research suggests there is one thing that can help offer the liver protection – even in case of excessive drinking.

The researchers from the University of Missouri School of Medicine wanted to determine if increased aerobic exercise could offer protection to the liver from the damage caused by excessive drinking.

The researchers bred high activity rats to test if their increased metabolism protected their livers against fatty deposits and inflammation.

One group of rats was exposed to chronic alcohol use for six weeks, and the second group was not exposed to alcohol.

Professor and researcher Jamal Ibdah said, “As expected, we found that fatty deposits were greater in the livers of the chronic alcohol group. However, chronic alcohol ingestion did not cause significant inflammation in the liver. Higher physical activity levels seemed to protect against the metabolic dysfunction that eventually leads to irreversible liver damage.”

Furthermore, the researchers noted there was no increase in free fatty acids, triglycerides, insulin, or glucose in the rats exposed to alcohol, compared to the control group. The researchers explained that these levels are expected to be much higher – given the chronic consumption of alcohol – however, the aerobic exercise helped keep them flat.

Although additional research is required in order to better understand the role of aerobic exercise in liver protection against alcohol, the researchers are hopeful that with further exploration, exercise may become a viable treatment for liver disease and liver-related problems. In the meantime, it’s best to keep alcohol consumption in moderation.

When it comes to your liver, don’t believe these popular myths