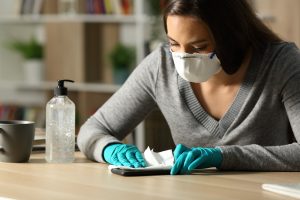 According to a new study published in Stroke, adults who have obsessive-compulsive disorder (OCD) are likely to have an ischemic stroke later in life. These findings were compared with adults who do not have OCD.

OCD is a common mental health condition that can be debilitating in some people. It is characterized by intrusive, unwanted thoughts, ideas, or sensations that drive people to do something repetitively. Some common repetitive behaviors include hand washing, continuously cleaning, or checking on things. These behaviors can significantly interfere with a person’s daily activities and social interactions.

Previous research has found that obsessive-compulsive disorder (OCD) can often occur after a stroke or other brain damage. However, it was still unclear if OCD can increase the risk of stroke. This is what lead researchers from the Taiwan National Health Insurance Database to further the investigation.

They compared stroke risk between 28,064 adults with OCD and 28,064 adults who did not have OCD. Both women and men were equally represented in the group, and there was an average age of 37 years. The two groups were analyzed for up to 11 years.

It was found that adults with OCD had a greater risk of having a stroke caused by a blood clot compared to those without OCD. It was also found to be an independent risk factor for ischemic stroke even after controlling for other factors known to increase stroke risks such as obesity, high blood pressures, high cholesterol, smoking, and type 2 diabetes. Medication to treat OCD was also not shown to increase the risk of stroke.

“For decades, studies have found a relationship between stroke first and OCD later,” said study senior author Ya-Mei Bai, M.D., Ph.D. “Our findings remind clinicians to closely monitor blood pressure and lipid profiles, which are known to be related to stroke in patients with OCD.”

With stroke being the second-leading cause of death after heart disease, more research must be conducted to find relationships with other conditions. Further research is needed on this topic to understand how the mental process connected to OCD can increase the risk of ischemic stroke.

These findings are the first step towards fully understanding the relationship between stroke and OCD. Until we know how to reduce the link between the two conditions, researchers encourage people with OCD to maintain a healthy lifestyle such as quitting smoking, getting regular physical activity, and maintaining a healthy weight through a healthy diet. All of these lifestyle changes can help to avoid stroke-related risk factors.