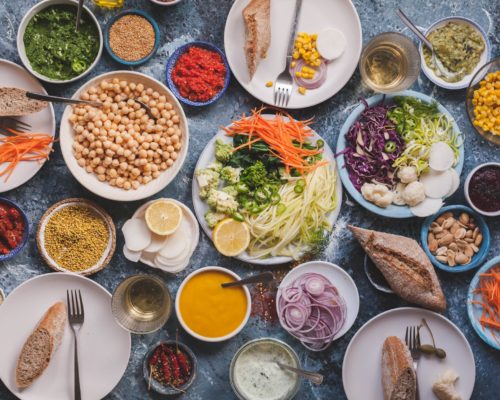 New research suggests that maintaining a Mediterranean style diet may help protect against symptoms of depression in later life. The study presented at the American Psychiatric Association’s 2019 Annual Meeting showed that while the Mediterranean diet has previously been associated with longer life, reduced risk of cardiovascular disease, and cancer, it may also hold protective effects against cognitive decline in older individuals.

In a cross-sectional study, researchers examined the occurrence of late-life depression in an urban area in Athens, Greece. They also looked at the connections with adherence to a Mediterranean-based diet and other risk factors.

Konstantinos Argyropoulos from Hellenic Open University in Greece led the study, which used the Geriatric Depression Scale to screen the elderly participants for depression. Also used was the Athens Insomnia Scale to determine the presence of sleep disturbances, and the MedDietScore to calculate adherence to a Mediterranean diet.

The conclusion of the study by Argyropolous and colleagues found that a diet higher in vegetables and lower in alcohol and poultry was associated with a decreased risk of developing depressive symptoms later in life. The authors concluded, “Our results support that depression in older adults is common and strongly associated with several risk factors. Adherence to a Mediterranean diet may protect against the development of depressive symptoms in older age.”

Dr. Argyropoulos spoke about the findings of the study, saying, “Although we should be cautious about the study findings, they represent another potential reason to adopt a Mediterranean diet. Following a healthy lifestyle, which includes not only a Mediterranean-style diet, but also plenty of physical activity and drinking alcohol only in moderation, is linked to a reduction in depression.”

A Mediterranean-style diet generally consists of more vegetables and fruits, legumes, nuts, and whole grains. It limits red meats and sweets, suggests consuming fish and poultry in moderation, and places an emphasis on using olive oil. There is also a lifestyle aspect of the diet that includes getting plenty of exercise and enjoying meals with friends and family.