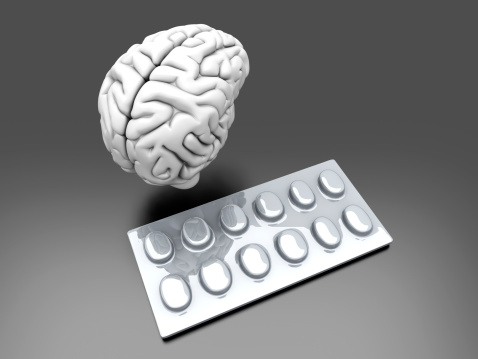 Talking to yourself and speaking incoherently to an invisible entity is seen as extremely odd and is the definition of crazy in most people’s eyes. But these are symptoms of a severe mental disorder called schizophrenia, which involves a range of problems with thinking, behavior, and emotion.

Schizophrenia affects nearly 24 million people worldwide and resulted in 20,000 deaths in 2010. The main method for treatment has traditionally been with antipsychotic medication that modulates neurochemicals in the brain, helping ease the symptoms of schizophrenia and similar mental disorders, with nearly seven million Americans currently taking them today. However, in recent years, concerns have been raised concerning antipsychotic medications and their potential for negative side effects on patients, prompting researchers to undertake a comprehensive examination to see if these claims were valid.

These symptoms can be adequately controlled with antipsychotic medication, but the caveat is that it would most likely require lifelong adherence to prevent relapse. Common side effects of these medications include dry mouth, drowsiness, muscle spasms, and weight gain, with more serious consequences occurring at larger doses or more potent variations. There is some concern that these medications can cause changes in brain structure.
However, according to evidence from randomized clinical trials and neuroimaging studies, schizophrenic patients see more benefit from continuing antipsychotic medication for both initial presentations of the disease and for long term maintenance to prevent relapse. Therapeutic benefits were also seen to greatly outweigh any negative side effects seen.

“Anyone who doubts this conclusion should talk with people whose symptoms have been relieved by treatment and literally given back their lives,” said study co-author Dr. Lieberman.

The authors of the study go on to say that withholding such important treatment in mentally ill patients has been associated with poorer long-term outcomes, with only a small minority of patients finding recovery leading to remission.

“While more research is needed to address these questions, the strong evidence supporting the benefits of antipsychotic medications should be made clear to patients and their families, while at the same time they should be used judiciously,” said Dr. Lieberman concluded.