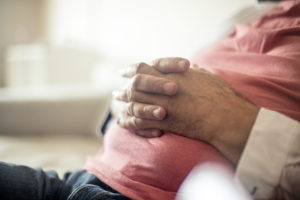 A recent incident published in JACC: Case Reports has raised a question of whether bloating can be mistaken for a heart attack. The report outlined the situation showing how a patient in the hospital for metastatic Hodgkin’s lymphoma with significant abdominal distention displayed sudden onset of ST-segment elevations, which is often an indicator of a heart attack.

This case may not have been unusual, however, when the cardiovascular care team pressed on the abdomen of the patient during an exam, the heart attack symptoms improved. Enrique Ostrzega, MD, a cardiologist at the University of Southern California and the senior author of the case report explained, “It is important to be aware that, while rare, acute gastrointestinal distention can cause ST-segment changes on an ECG. Clinicians must distinguish these cases from true heart attacks to prevent unnecessary treatment and invasive procedures whenever possible.”

The 41-year-old male patient who was the focus of the report was admitted to a California hospital with three weeks of lower extremity swelling, shortness of breath, and fatigue. He was diagnosed while in the intensive care unit (ICU) with metastatic Hodgkin’s lymphoma.

While under sedation, on a ventilator, the patient showed signs of sudden onset ST-segment elevation. As shown by a cardiac monitor, the ST segment is the interval between ventricular depolarization and repolarization of the heartbeat on an electrocardiogram (ECG). An increase in this segment can be a sign of a heart attack and is commonly known as a “STEMI” (ST-Elevation Myocardial Infarction).

When an exam was performed on the patient, significant bloating was evident. An ultrasound probe was placed on the patient’s upper abdomen, which showed the ST segment elevations abruptly resolve on the cardiac monitor. The cardiology team suspected the cause may be related to the patient’s abdominal distention, so they performed an abdominal x-ray which confirmed the bloating. Their hypothesis was confirmed after a nasogastric tube was placed for gastric decompression and ST-segment elevations disappeared with no further documented ST-segment abnormalities or evidence of cardiac dysfunction.

Publishers of JACC: Case Reports pride themselves in publishing the top peer-reviewed research on all aspects of cardiovascular disease. According to researchers, this is the first case published where a direct physical maneuver (abdominal palpation) relieved or shifted the effect of a gastrointestinal issue on the ST-segment elevation.

Researchers believe this could offer a new way of examining patients who present signs of a STEMI pattern. Previous studies have shown some noncardiac causes of ST-segment elevation include pancreatitis, community-acquired pneumonia, and intracranial bleeding.

Julia Grapsa, MD, Ph.D., FACC, editor-in-chief of JACC: Case Reports said, “Careful clinical examination and setting up the correct differential diagnosis is the cornerstone of the treatment of every patient. Here–starting from an important observation, the authors treated the patient without needing interventional procedures.”