Home » Immune System » Allergies » Acupuncture – What it Means for Allergies 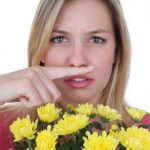 We all look forward to spring, when flowers start to bloom and our yards turn back to green.  However, spring also brings in seasonal allergies, which is that reaction to pollen consisting of sneezing, nasal congestion, and having a runny nose.  These symptoms of allergies are quite bothersome, especially when we have to go to work everyday or would want to simply enjoy the outdoors.

These symptoms actually represent our immune system at work, in which specific cells start producing substances called histamines to combat the pollen present in our immediate environment.  These histamines from our immune system are indeed very potent human substances against foreign particles, but they also result in symptoms of allergies.  Current treatment schemes for allergies include taking anti-histamine medications; for those concerned about taking medications, staying indoors especially during windy days may also help.

The Medical Report on Seasonal Allergies

According to a recent medical report published in the Journal of Traditional Chinese Medicine, acupuncture may also be used for the prevention of seasonal allergies.  Acupuncture is considered as a traditional alternative form of medicine that involves the placement of very thin needs at specific points of the body.  These particular acupuncture points represent areas in which the energy of the body, which is called qi in Chinese, is generally blocked during illness, resulting an imbalance in the body.  The introduction of needles into these acupoints during acupuncture thus remedies this imbalance, allowing the body to achieve a correct and healthy status once again.

Using a study population consisting of approximately 1,058 patients from 13 different centers in China, individuals suffering from seasonal allergies were treated with acupuncture.  Before receiving acupuncture, the study participants were assessed in terms of the severity of their allergies, the type of medications they were taking for allergies, and their general health.

The Effects of Acupuncture on Seasonal Allergies

RELATED READING:   Blurry and Poor Vision Not Caused by Aging

This recent medical report shows the effectiveness of acupoint treatment on seasonal allergies.  In this case, the application of ultra-thin needles may possibly influence the activity of the immune system, although the research study did not directly investigate this association.  Millions of people around the world struggle with severe reactions of the immune system during spring and thus a long-lasting and effective treatment yet needs to be identified to help those suffering from a runny nose and sneezing due to pollen and other allergenic particles in the air.