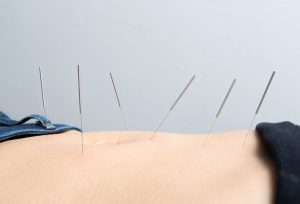 For those suffering from chronic constipation, acupuncture may be a viable treatment to offer relief. In the study conducted over the course of eight weeks, the researchers administered electroacupuncture, which is a form of acupuncture that involves electrical stimulation. After eight weeks, participants experienced significant relief from symptoms related to constipation and improved quality of life.

Electroacupuncture inserts thin needles, which are attached to a device emitting electrical pulses, into the skin.

Researcher Dr. Christopher Andrews said, “It is heartening to see such rigorously tested alternative therapies, since so many of them are administered without any evidence to support them.”

Acupuncture seems to be a viable source of treatment for patients who have not obtained relief from their chronic constipation from conventional treatment methods.

The participants experienced severe functional constipation, which means they had difficulty having a bowel movement or experienced infrequent bowel movements – no more than two a week. Their condition was not brought on by another condition.
The 1,075 participants were randomly assigned to either electroacupuncture group or a sham technique group with shallow needles used at points that are not deemed therapeutic in acupuncture.

After the eight weeks and 28 treatments, 31 percent of those in the electroacupuncture group experienced more than three bowel movements a week, whereas only 12 percent received relief in the sham treatment group.

The positive effects of electroacupuncture were seen long after the treatment was completed.

One of the study authors, Dr. Jia (Marie) Liu said, “We were indeed surprised when we first saw these results.” The study results could be explained by the fact that electroacupuncture has a “good sustained effect, which is one of its advantages,” according to Dr. Liu.

Acupuncture – whether electrical or traditional – works in two ways: First, it helps the body release its own naturally occurring painkillers and second, it helps calm the body’s nervous system.

Acupuncture isn’t generally covered by insurance companies, and the cost per session can vary greatly. Although additional research is required to determine the long-term benefits of acupuncture on constipation, it may be worth trying the natural remedy in some patients for whom other conventional treatments have failed.