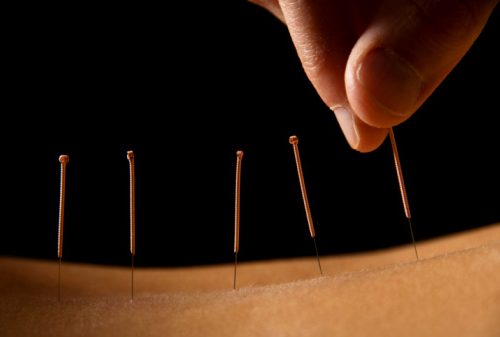 Twenty-nine clinical trials were reviewed by the University of York professor Hugh MacPherson, along with a team of scientists based in the US and the UK. In most of the trials, patients with chronic pain who were treated with standard medical care—consisting of anti-inflammatory drugs and physiotherapy—were compared to those who received the standard care plus acupuncture.

Participants were diagnosed with chronic pain in the neck, lower back, and/or knee, and the results showed that the addition of acupuncture significantly lowered the number of headaches and migraines in patients. Furthermore, patients also experienced a reduction in the severity of their neck and lower back pain, as well as an improvement in those with osteoarthritis that allowed participants to be less reliant on anti-inflammatory drugs to manage pain.

The team also conducted a study of the effects of acupuncture on treating depression in addition to traditional counselling. They looked at 755 patients from the north of England who had been diagnosed with depression and were treated either with anti-depressant medications, or a combination of counselling and acupuncture.

The results found that counselling and acupuncture lowered the severity of depression and the effect lasted for up to a full year. In contrast, anti-depressants have been found not to work effectively for more than half of the patients they a prescribed to, and require constant doses to remain effective for those who do benefit from their use.
MacPherson commented on these results, stating “In the largest study of its kind, we have now provided a solid evidence base to show that not only can acupuncture and counselling bring patients out of an episode of depression, but it can keep the condition at bay for up to a year on average.”

The results found by MacPherson and his colleagues show that acupuncture could be a natural alternative to medications for treating both chronic pain and depression. Patients with either condition saw benefits from the treatment that could reduce their reliance on drugs and provide a different approach to treating their pain and illness.

7 pains you should never ignore

Exercises and tips to improve posture and alleviate back pain