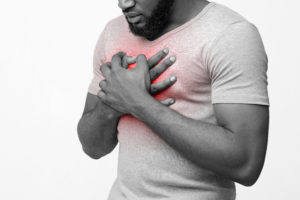 New research published in the journal Gut has found that acid reflux drugs, known as proton pump inhibitors or PPIs, are linked to a heightened risk of developing type 2 diabetes. Many people use acid reflux drugs daily, not knowing the dangerous side effects.

PPIs are among the topmost commonly used drugs worldwide and are used to treat acid reflux, peptic ulcers, and indigestion. Long term use of these medications has previously been linked to an increased risk of chronic kidney disease, bone fractures, gut infections, and stomach cancer.

The longer these drugs are taken, the greater the risks of side effects. This has prompted researchers to advise those who take PPIs for two or more years to have regular blood glucose check-ups to screen for diabetes.

For the study, researchers analyzed information supplied by 204,689 participants aged 25 to 75 in the US Nurses’ Health Study. From enrollment in 1976 and every two years after that, participants updated information on their health behaviors, medical history, and newly diagnosed conditions. Starting in 2000, all participants were asked if they had used PPIs regularly in the preceding two years. Regular use was defined as two or more times a week.

During the tracking period of the study, which was approximately 9 to 12 years, 10,105 participants were diagnosed with type 2 diabetes. Those who were taking PPIs had an absolute risk of a diabetes diagnosis of 4.32/1000 compared to participants who didn’t take PPIs regularly, which was 7.44/1000.

After taking potential influential factors into account, including high blood pressure, high cholesterol, physical activity, and other medication, those who regularly took PPIs were 24% more likely to develop type 2 diabetes than those who did not take any proton pump inhibitors.

For comparison, researchers also looked at the potential impact of H2 blockers on diabetes risk. This type of medication is another type of drug that is used to curb excess stomach production.

Although this is an observational study and can’t establish cause, it does add to the mounting evidence of risk factors involved with PPIs. Researchers suggest that patients who take PPIs on a regular basis receive regular screening for abnormal blood glucose and type 2 diabetes.