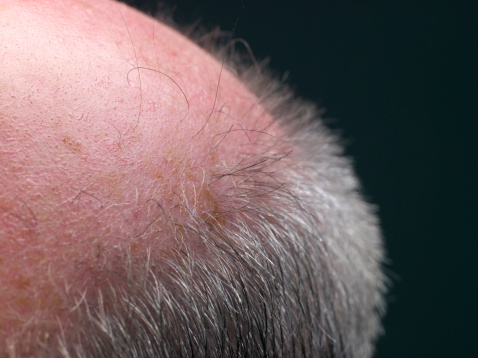 Our hair turning a silvery shade of gray is a general fact of life as we get older. While some may not mind the new hair color—it can look distinguished on some—others may feel that it simply makes them look older than they feel. But this change in hair color is no match for the sorrow that losing your hair can bring, as nearly 20 percent of the adult male population in the U.S. will surely tell you. Whether its graying hair or losing it altogether, we know genetics play a role in these processes and that there is no real cure for either. However, researchers have recently stumbled upon the mechanisms behind both follicular conditions, finding it while studying an unrelated rare genetic disease.

Researchers at Harold C. Simmons Comprehensive Cancer Center at the University of Texas Southwestern in Dallas were investigating a disorder called neurofibromatosis type 1 (NF1), a genetic condition whereby tumors grow on nerves. They were attempting to identify why this condition occurs and the reason for tumor development in its characteristic location. But instead, they discovered the processes responsible for hair loss and graying, which could potentially lead to new treatments for both.

Previous research on human hair has found that hair follicles contain stem cells that play a role in hair production, with hair pigmentation involving a protein called stem cell factor (SCF). In this particular study, however, it was found that once stem cells move to the base of the hair follicle, a protein called KROX20—involved in nerve development—activated skin cells that form hair shafts, known as hair progenitor cells.

They used mice studies to do some tests. When SCF was deleted in the mice, they found that it stimulated the growth of gray hair that turned white with age. When the KROX20 producing cells were deleted outright, the mice did now grow any hair.
This research indicates that KROX20 and SCF play a key role in hair loss and hair color, but they require human studies to confirm the observed results in mice. The researchers believe that this discovery, even though it was purely accidental, holds promise for new treatments and therapies for baldness and graying hair.

“Although this project was started in an effort to understand how certain kinds of tumors form, we ended up learning why hair turns gray and discovering the identity of the cell that directly gives rise to hair. With this knowledge, we hope in the future to create a topical compound or to safely deliver the necessary gene to hair follicles to correct these cosmetic problems,” said study co-author Dr. Lu Le.