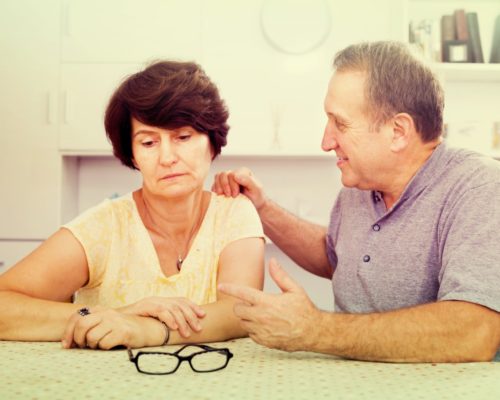 Researchers found that individuals with damage to white matter in the brain tended to report poor attentiveness and were more easily distracted while performing daily tasks.

Lead author Ayan Dey explained, “Our results indicate that in many cases of people who were at a higher risk of silent stroke and had one, they saw a notable difference in their ability to stay focused, even before symptoms became detectable through a neuropsychological test. If a person feels this may be the case, concerns should be brought to a doctor, especially if the person has a health condition or lifestyle that puts them at a higher risk of stroke or heart disease.”

Cerebral small vessel disease is common in aging. It is a type of stroke where blood flow changes occur in the brain. These changes in blood flow are linked to vascular types of dementia.

Unlike other types of stroke, cerebral small vessel disease does not lead to major symptoms which would impair a person’s ability to speak or move. Damage is caused to the brain’s white matter, which affects cognitive function over time.

Cerebral small vessel disease is often detected by chance when a patient undergoes an MRI. Or, if brain damage worsens and leads to more outward symptoms, such as absentmindedness.

Senior author Dr. Brian Levine added, “There are no effective treatments for Alzheimer’s disease, but brain vascular changes can be prevented or reduced through smoking cessation, exercise, diet and stress management, as well as keeping one’s blood pressure, diabetes and cholesterol under control. With the right diagnosis, these interventions and lifestyle changes give older adults who are at risk for cognitive decline some options for maintaining brain health.”

To achieve their findings, the researchers looked at 54 adults over the age of 55 who had at least one risk factor for stroke.

Brain scans were carried out to identify damage, specifically in white matter. Participants also underwent a series of cognitive tests.