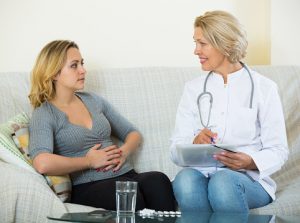 It can be loud or quiet, it may sound like a gurgle or even a deflating balloon… and what are we talking about? Bowel and abdominal sounds, of course.

Unlike flatulence, which is the sound made when gas leaves your body, bowel sounds typically occur in the small or large intestine during digestion. Bowel sounds are virtually harmless and signify the breakdown of food, although sometimes, if they are too loud, they can be embarrassing.

Hyperactive bowel sounds: Sounds that can be heard without a stethoscope and signify an increase in gastrointestinal activity.

Absent bowel sounds: If you don’t hear any sounds during a bout of abdominal pain, this could be a sign of a serious problem and should be brought to the attention of a doctor. Normally, after surgery, there won’t be any noticeable sounds, but they resume once the digestive system begins to run normally again.

One cause of absent bowel sounds could be ileus, a condition in which there is a lack of intestinal activity. Many medical conditions may lead to ileus. This problem can cause gas, fluids, and the contents of the intestines to build up and break open (rupture) the bowel wall. The healthcare provider may be unable to hear any bowel sounds when listening to the abdomen.

Hypoactive bowel sounds: Sounds are much lower or can’t be heard without a stethoscope. This could indicate that digestion and gastrointestinal activity has slowed down.

A decrease in bowel sounds may be linked to medication, abdominal surgery, radiation exposure, and damage to the intestines.

A major symptom of bowel sounds is, well, the sound. As mentioned, this can be loud or soft. Other symptoms that may follow a bowel sound are:

Treatment and prevention of bowel sounds

Generally speaking, bowel sounds should raise no concern. If you are embarrassed by these sounds and want them to stop, you may want to limit your intake of foods that produce gas, such as soda, beans, apples, and bran, to name a few.

Bowel sounds may also be caused by excess air, so reduce habits that prompt you to take in air. For example, chewing gum, smoking, or drinking through a straw.

These tips can help you treat and prevent bowel sounds. If you’re concerned your bowel sounds signify something more serious, speaking with your doctor will surely help you clear up any concerns.