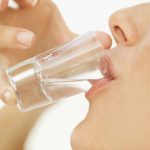 Before you pick up that glass of wine tonight, you may want to consider that new research has found that even one drink per day can increase your cancer risk. The study, conducted by researchers at the National Cancer Institute, found that alcohol was responsible for about 3.5% of all cancer deaths in 2009 in the United States. And while you may think only heavy drinkers are affected, even light to moderate drinkers were at a significant increased risk of cancer death.

Statistics on Cancer and Cancer Deaths from Alcohol

In 2009, approximately 560,000 people died from cancer in the United States. Of these cancer deaths, almost 20,000 were caused by cancer that was alcohol-related. Cancer death from alcohol affected men and women equally in the study; however, the types of cancer that they died from were different. Women with alcohol-related cancer were more likely to die from breast cancer, with 15% of all breast cancer deaths being alcohol-related. On the other hand, men were more likely to die from oral, pharynx, larynx or esophageal cancer. Approximately 6,000 men were killed by these types of cancer in 2009.

54% of cancer deaths that were alcohol-related occurred in people who drank more than three drinks per day. However, depending on the type of cancer, up to 33% of alcohol-related cancer deaths occurred in people who had only consumed one drink per day. While the high level of cancer death in the light drinking population may be alarming, the researchers do note that a large proportion of the people participating in the study fell into this drinking category.

Researchers are not exactly sure how alcohol leads to cancer; however, it is evident that health choices such as  drinking can increase cancer risk. It is believed that people who drink excessively also make other unhealthy lifestyle choices, such as eating an unhealthy diet, choosing to smoke and leading an inactive life. The combination of these factors increase cancer risk.

While many people change their diets and lifestyles to prevent cancer, limiting alcohol consumption is often an over-looked cancer prevention method. People need to be aware of the increased cancer risk that comes along with excessive drinking.

This current study may lead to confusion among consumers, as previous research has shown that there are some health benefits that are associated with moderate drinking, most notably a decreased risk of cardiovascular problems. Future research should try to determine the safe level of alcohol consumption while taking all conditions (cardiovascular disease, cancer, etc.) into account. Until then, consumers need to make educated decisions on whether or not to consume alcohol.

It is known that leading a healthy lifestyle is the best way to decrease your cancer risk. This includes engaging in regular physical activity, consuming a healthy diet, quitting smoking and limiting alcohol consumption. Not only will this help to decrease your cancer risk, it will also improve your overall health and help you to live a long, healthy life.

Related Reading: Get over the hangover with home remedies