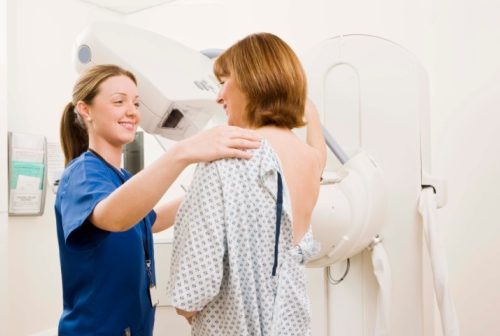 A shocking new study reveals that the majority of women dying from breast cancer are younger than the ones traditionally being told to start going for regular mammogram exams.  According to the research, published in Cancer, these younger women would have greatly benefited from regular yearly mammogram routines from much earlier ages – and it possibly could have saved their lives.  With breast cancer rates on the rise, it is vital that women have access to all of the most recent information surrounding breast cancer screenings, prevention, early diagnosis and treatment methods, in order to make informed decisions regarding their health care, before it’s too late.

There is a lot of controversy surrounding breast cancer screening recommendations, with different organizations offering differing opinions.  For instance, the American Cancer Society recommends that women should be screened yearly with a mammogram beginning at the age of 40. Meanwhile, the government supported U.S. Preventative Services Task Force (USPSTF) recommends that women who are at an average risk of breast cancer should be screened with a mammogram every other year starting at the age of 50. The USPSTF also recommends that women under the age of 50 should make their own decision regarding breast cancer screening. It is therefore understandable that women are confused about how often they should be screened with a mammogram, considering the different recommendations offered from various sources.

For the current study, the researchers used data from invasive breast cancer cases from Partners HealthCare Hospitals in Boston that had been diagnosed between 1990 and 1999. The patients’ demographics, mammogram history, surgical and pathological reports as well as recurrence and death dates were all analyzed as part of the study. In total, the researchers investigated 609 breast cancer death cases. Of the 609 cases, 29 percent of the women had mammograms within two years of their diagnosis while a shocking 71 percent were women who had never been screened with a mammogram. Another important finding was that 13 percent of breast cancer deaths were in women over 70, in comparison to the 50 percent of women that were younger than 50 years old.

Shift in Focus for Prevention of Death from Breast Cancer

The results from this study suggest that a shift in focus regarding screening is drastically needed for the prevention as well as early detection and treatment of breast cancer. The first shift that is needed involves educating women on the breast cancer screening options that are available. As 71 percent of breast cancer deaths investigated in this study involved women who had never been screened with a mammogram, this brings a major focus to the fact that women are under-utilizing the services that are available. The second shift in focus involves decreasing the emphasis on mammogram screening in women over the age of 69 years, while increasing the emphasis on mammogram screening in younger women as younger women are dying of breast cancer at a much higher rate than older women.  Detecting and treating breast cancer in younger women will help to decrease the number of deaths from this disease.

The researchers admit that the findings from this study will not resolve the controversy that exists around breast cancer prevention measures, including the use of mammograms.  However, they do state that it will help to provide reference points.  Additionally, it will add to the overwhelming amount of research regarding breast cancer prevention and detection and potentially help organizations to come to a closer agreement on screening recommendations.  However, it is important that women discuss their individual concerns with their medical practitioner to make the best decision regarding mammogram screenings.