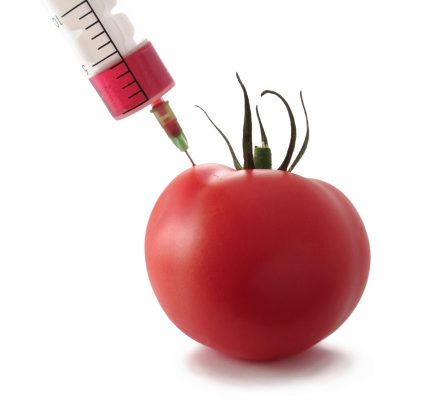 When the Food Safety Modernization Act was signed into law by President Barack Obama in 2011 it put a lot of people’s minds at ease about food consumption in America. It gave many people the impression there would be fewer emergency situations associated with food. The Act however; only covers bacteria, and Americans are now learning that there could be some scary, toxic chemicals in the food they eat.

The Unexpected Toxins in Your Food

Millions of Americans are accustomed to checking labels for calorie content and ingredients but a lot of people are not that familiar with words like Polybrominated dphenyl ethers or Hexabromocyclododecane. PBDE’s and HBCD’s, as they are commonly referred to in the food industry, are additives. They are also chemical flame retardants. Yes…chemical flame retardants can be found in food.

The Dallas Study on Toxic Chemicals

One study conducted in Dallas showed foods found in grocery stores between 2009 and 2010 had various levels of HBCD in them. This included a variety of lipid-rich foods such as fish, peanut butter, pork, beef, and poultry. HBCD’s and PBDE’s were originally designed for use in polystyrene foam for thermal insulation of electrical equipment, buildings, airplanes, and upholstery textiles.

According to doctors at the National Institute of Environmental Health Sciences the amount of HBCD’s in a certain food could depend on how that food is packaged, whether there are particles of the toxic chemicals in the air or even what toxins the animals ate, since toxic chemicals like HBCD’s will work through the food chain. This is likely why you can find a piece of fish at one store that has no HBCD in it and a piece of fish at another that does.

Some animal studies have indicated that ingestion of flame retardants can cause disruptions in the reproductive, immune, and endocrine systems. Epidemiology experts and genetic specialists say as these chemicals stay in your body, they will affect you until they are cleared.

Other researchers say we should not push any panic buttons; that it isn’t clear just how harmful these retardants are to humans. The Environmental Protection Agency and the U.S Food and Drug Administration are closely monitoring the concerns surrounding toxic chemicals in the food chain.

The Center of the Toxic Food Controversy

For decades the beverage industry has been adding Brominated Vegetable Oil or BVO to certain sodas, sports drinks, and juices to keep the artificial flavoring from separating and floating to the top of the bottle or can. BVO is essentially a synthetic chemical that is developed when vegetable oil is bonded to the element bromine. It is estimated that about 10 percent of all soda sold in the U.S contains BVO. In recent years BVO has been at the centre of controversy.

The FDA and Health Canada approve of the food additive but it is completely banned in Europe and Japan. Some studies suggest that BVO can build up in human tissue. Animal studies have shown it causes behavioral, as well as reproductive problems in large doses. The FDA limits the amount of the additive in flavored beverages to 15 parts per million. The organization deemed the compound safe for the food industry back in 1977; however, according to a report in the New York Times, that ruling was supposed to be an interim one, until more studies could be conducted, yet over 30 years later it is unchanged.

Earlier this year PepsiCo removed BV0 from its Gatorade drinks after a Mississippi teenager started an online petition against the toxin. The company has stated they were already in the process of eliminating the additive but still many believe consumer concerns had something to do with the toxin being removed from the popular sports beverage.

Some hospital emergency departments across the U.S have reported cases of high bromide levels in blood tests, which cause severe headaches, fatigue, and loss of muscle coordination. In some cases when they have questioned patients, they’ve learned that 2 to 4 litres of soda were consumed per day; soda that contained BVO.  As many in the food industry point out, a reasonable amount of soda likely won’t lead to an emergency.

Food experts say because there are also toxins in the air, it is impossible to keep track of everything that we ingest; however, reading the labels when you purchase a product at the grocery store and consuming in moderation are the first steps to making sure you stay healthy.