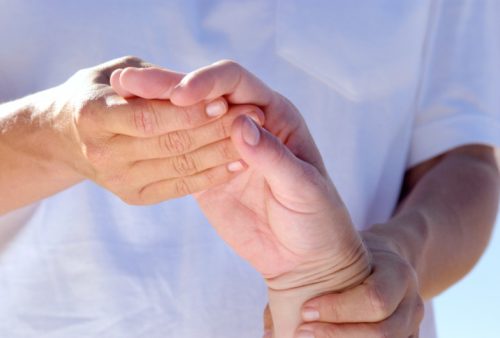 Cancer is considered as a life-changing condition that physically, mentally, and emotionally affects a person. It also influences the quality of life of an individual, especially when pain and immobilization occur with disease progression. Cancer has claimed the lives of millions of people around the world and thus various biomedical scientists and researchers have focused on cancer prevention by conducting research investigations on the molecular pathways involved in the development of cancer. Through these studies, it may be possible to design approaches to cancer prevention.

According to a recent report published in the journal Evidence-Based Complementary and Alternative Medicine, the use of touch therapy as a natural cancer prevention approach may improve the symptoms of cancer, thus increasing the quality of life of patients. The study involved pediatric cancer patients who underwent hematopoietic cell transplant, also known as stem cell injection, which is a cancer prevention technique designed to replace cells that have been damaged by chemotherapy or radiation treatments. For cancer prevention, hematopoietic cell transplant introduces immature cells derived from the bone marrow or blood, which will eventually mature into specific cell types.

Natural Cancer Prevention – What This Could Mean.

The application of hematopoietic cell transplant in cancer prevention is considered as a lifesaving approach for cancer patients because it immediately provides replacement cells to the body. However, these cancer prevention injections are very painful and thus it may be even more difficult to conduct among pediatric patients.

The study involved the participation of approximately 23 pediatric cancer patients, with ages ranging from 5 to 18 years old. Sixteen of the patients were randomly assigned to the natural cancer prevention technique of massage or touch therapy group, whereas 7 were assigned to the usual care group. The parents of the patients assigned to the touch therapy group were taught to conduct massage therapy on various parts of the body of their child, including the arms, legs, and feet. In addition, the parents were also educated on how to perform acupressure massage as a natural cancer prevention technique for associated cancer symptoms such as nausea, pain, and stress.

The results of the study showed that patients of the natural cancer prevention or touch therapy group were less rundown after hematopoietic cell therapy and recovered faster from mucositis, or the inflammation of the stomach lining. Mucositis is a common side effect of chemotherapy, resulting in nausea and difficulty in eating. The natural cancer prevention or touch therapy group also showed less symptoms of pain, tiredness, and nausea, thus allowing them to gain their strength a few days after hematopoietic cell therapy. Although the study involved a very small population, the results showed that touch therapy may serve as a potential intervention for cancer treatments. It may also possibly help in cancer prevention by improving the overall condition of a patient.