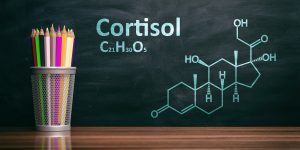 Stress that’s left unchecked can be dangerous and contribute to many health problems, such as high blood pressure, heart disease, obesity, and diabetes. But many lifestyle behaviors can help to reduce stress, including meditation.

A new study from the Max Planck Institute for Human Cognitive and Brain Sciences found that mental training can reduce the concentration of the stress hormone cortisol in hair. The amount of cortisol in hair can provide health care providers information on persistent stress that the person may be under.

Previous studies which found a relationship between meditation and lower stress levels were based on study participants’ self-reports. This new study provides the first evidence that mental training reduces physical signs of long periods of stress through cortisol levels in the hair.

Chronic stress not only puts a strain on the well-being of those affected but it’s also linked to several physiological diseases. Therefore, effective methods are being researched to try to reduce everyday stress in the long term.

Mindfulness training is coming to the top of this list. Participants train themselves in attention, compassion, gratitude, and various meditation and behavioral exercises.

Through this study, researchers were able to analyze the concentration of cortisol in hair which is considered to be a suitable measure of exposure to prolonged stress.

Cortisol is a hormone that is released when stressful situations occur. It helps put the body on alert and mobilizes energy to overcome the challenge. The longer the stress lasts for the person, the larger the increased cortisol concentration accumulates in the hair.

For the study, participants’ stress levels were analyzed for nine months. Cortisol levels were examined every three months in the first three centimeters of hair, starting at the scalp.

Three groups of approximately 80 participants were used for this study. Each group completed training modules on mindfulness meditation over nine months. the modules lasted 30 minutes a day for six days a week.

The study was able to conclude that after six months of training, the amount of cortisol in the participant’s hair had decreased significantly. On average, there was a decrease of 25%.

In the first three months, small effects were seen in cortisol levels but then increased over the following three months. In the last third, the concentration of cortisol remained at a low level. Researchers, therefore, assume that significantly long training of meditation can lead to the desired stress-reducing effects.

Study authors concluded the study by saying, “There are many diseases worldwide, including depression, that are directly or indirectly related to long term stress. We need to work on counteracting the effects of chronic stress in a preventive way. Our study uses physiological measurements to prove that meditation-based training interventions can alleviate general stress levels even in healthy individuals.”