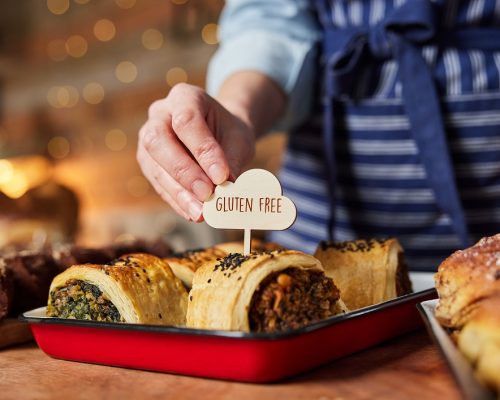 There are not many ways to treat Celiac disease. For many, averting flare-ups involves a degree of luck or following a rigid diet.

But an experimental drug is showing some promise, and it may have the potential to create a revolutionary change in celiac treatment.

Findings from a new trial suggest the drug may prevent intestinal damage caused by the disease.

Celiac disease is a condition where the immune system attacks the lining of the intestine when a genetically susceptible person eats gluten. Gluten is a protein found in wheat, rye, and barley.

Symptoms of the condition include diarrhea, extreme abdominal pain, fatigue, and weight loss. But it also damages hair-like structures in the intestinal lining called villi. Villi absorb nutrients from food, so people with celiac develop a higher risk for malnourishment and further condition like anemia and thinning bones.

The current treatment for celiac disease is avoiding traces of gluten in the diet. It is very difficult to maintain and a struggle for many.

The experimental drug, called ZED1227, inhibits the role of an intestinal enzyme that plays a key role in celiac’s autoimmune response.

To test it, the drugmaker enrolled 163 adults with celiac disease who had been successful using a gluten-free diet for at least one year. They were randomly assigned to one of four groups: three were given the drug to take every morning for six weeks, and the other was given a placebo.

Participants were instructed to eat a biscuit with a moderate amount of gluten thirty minutes after taking the pill.

After six weeks, the trial found that patients on any dose of the drug showed fewer signs of intestinal damage versus the placebo group. About 8 percent of participants on the highest dose experienced a minor skin rash as a side effect.

Larger studies are needed to see if the drug can adequately block other celiac symptoms, and even if does and goes into large scale production, it will likely not fully replace current treatments.

It would likely, however, be a complimentary piece to help limit intestinal damage caused by the disease.