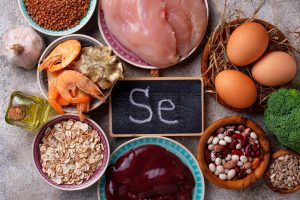 For older American’s, memory loss is a rising concern, as about 16 million people are suffering from memory impairment, with cases rising steadily. But, a new study from the University of Queensland suggests that a common mineral found in many foods could help boost memory and learning in aging brains.

It has previously been reported that exercise can create new neurons in the brain, but research lacks an understanding of how it works. However, it has been noted that protein levels that are key to transporting selenium in the blood were elevated by physical activity. Follow-up models have shown that selenium supplementation could increase neuron generation and improve cognition in mouse models.

Selenium is a trace natural mineral absorbed from water and soil and found in foods such as meat, grains, and nuts. The highest amount can be found in Brazil nuts.

Researchers believe these results have opened a new therapeutic avenue to help with cognitive function in patients who could not exercise due to old age or health. But, they do warn that selenium shouldn’t be seen as a complete substitute for exercise, and too much of the mineral can be bad for you.

Most people who eat a balanced diet of fruits, vegetables, nuts, and meat usually have good selenium levels. But, older people, particularly with neurological conditions, could benefit from selenium supplements.

Healthy brain function is essential as you age. While some degree of cognitive decline, including memory loss, is nearly inevitable as you age, numerous factors can affect the ability of the brain to function at peak potential. Many people find that their concentration, memory, and overall cognitive function are affected by stress and environmental factors.

Don’t wait until symptoms appear. By taking steps to ensure you are getting the essential vitamins and nutrients to support brain health, you can reduce your chances of cognitive problems before they start.