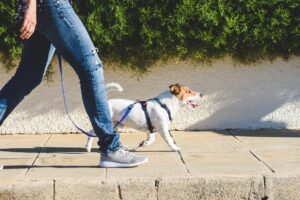 Do you want to live longer and better? Then forget about the potions and pills and just go get it.

Literally. It is right in front of you.

People can add years to their life just by getting off the sofa every day and going for a walk. And doing even more than that will offer even more benefits.

A new study looking at more than 100,000 Americans for decades learned that people who exercise as much as health experts recommend tend to live longer and better than those that don’t.

Experts recommend that adults should aim for 150 to 300 minutes of moderate exercise per week. Activities like brisk walking, dancing, and gardening are examples. For those who want to go a little harder, like for a jog or a fast bike ride, 75 to 150 minutes per week is good.

The study found that people who do that in middle age are about 20 percent less likely to die in the next 30 years than those that don’t.

However, the study also found that going beyond those recommendations can be even better.

People who got two to four times the exercise shaved even more risk away from dying early.

But really, the advice is for people who are not active. Insufficiently active people have much to gain by including more movement in their daily routine.

People meeting the base level for exercise per week were about 25 to 31 percent less likely to die from heart disease or stroke compared to their sedentary counterparts. The risk of non-cardiovascular death was cut by 15 to 20 percent.

Doing something is always better than nothing. If you want to live longer and better, start by taking the first step.