Home » Health News » A Colorful Diet Could Defend against Dementia 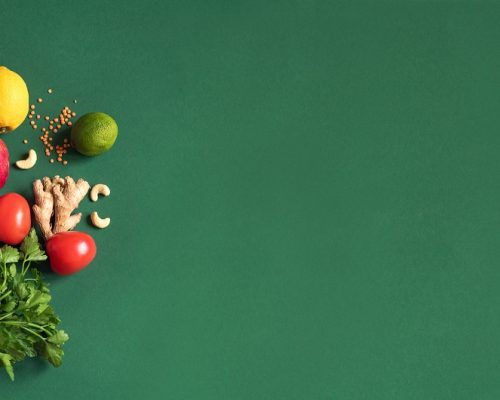 A new study suggests eating colorful foods may help defend against dementia, so head to the grocery store for some berries, orange juice, and apples.

Research from the Harvard T.H. Chan School of Public Health suggests that the more colorful fruits and vegetables a person eats, the better protection they appear to have from cognitive decline.

They found that people who consumed just a half serving per day of naturally occurring compounds called flavonoids – a type of antioxidant – had a 20-percent lower risk of mental decline.

Flavonoids are found in a variety of fruits and vegetables including bananas, apples, pears, sweet peppers, celery, citrus fruits, berries, cherries, and more.

Currently, there is no cure for cognitive decline or dementia. There is a new drug for Alzheimer’s treatment, but it is highly controversial. At this point, lifestyle measures like diet and exercise are the most recommended defenses against dementia.

The study looked at 77,000 adults participating in large-scale research. The average age of women was 48 and the average age of men was 51 at the start. They answered several questionnaires over several years about diet and memory.

Two types of flavonoids showed the most benefit. Flavone intake – a type of flavonoid found in some spices and yellow and orange fruits and vegetables, had the strongest protective qualities. They were associated with a 38 percent lower risk.

Anthocyanins, found in darker fruits like berries and cherries, were associated with a 24 percent lower risk of cognitive decline.

The reason why these antioxidants were effective is still unknown, but many experts hypothesize that they may reduce amyloid deposits in the brain, which are a major factor at the beginning of Alzheimer’s.

Adding as many of these antioxidants as possible to your diet is recommended. The highest amount people ate in the study, per day, was 600 milligrams. The lowest was about 150 mg. An apple has about 110 mg.

Eating three to five servings of fruit and vegetables per day may help your overall health and prevent dementia, so be sure to eat the rainbow!