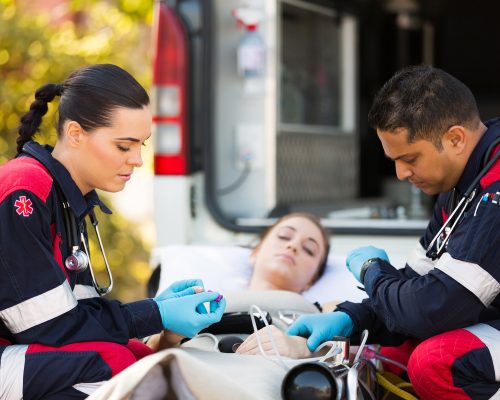 You really can’t be too careful, after all. Whether it’s using the stove, taking the stairs or walking outside on uneven sidewalks – you just never know when fate could take an ugly turn.

Your extra care and attention could save your life, or at least prevent you from serious injury that could land you in hospital or compromise your ability to live independently.

Violence or injury is now responsible for nearly 80 percent of the death of Americans under the age of 30. If young people, like your kids or grandkids, need to be more cautious, so should you to set an example – and to take care of your own life and limbs.

According a new report by the Centers of Disease Control and Prevention (CDC) –and published in The Lancet in July – both violence and injuries are two of the most common causes of death among Americans during their first three decades of life. In fact, roughly 180,000 people die because of both every year, with millions more surviving with ongoing physical, emotional and financial problems.

RELATED READING: Alert: 12 contaminated foods you need to know about

For those people between the ages of 1 and 30, nearly 60 percent of deaths are brought on by unintentional injuries, including those relating to assaults, car crashes, drownings, drug overdoses, firearms and falls. Twenty percent are attributed to suicides and homicides. And another 20 percent of all deaths are the direct result of chronic diseases, such as cancer, heart disease and birth defects. Meanwhile, only 1 percent is due to infectious diseases like influenza and pneumonia.
In 2010, alone, more than 38,000 people reportedly died from drug overdoses. An estimated 60 percent of these were linked to prescription drug usage, and three quarters of these were related to opioid analgesics. Since 1990, the number of people dying because of opioid overdose has quadrupled, and it has something to do with a steady increase in sales of prescription painkillers. The CDC study reported that four times more prescription painkillers were sold to American pharmacies, hospitals and doctors’ offices in 2010 compared to 1999.

It also found that suicides were twice as common as homicides. There was another 38,000 recorded deaths because of suicide in 2010 compared with more than 16,000 homicides. Alaskan Natives, Native Americans and non-Hispanic white people experienced the highest suicide rates, while African Americans were the most likely to be affected by homicides. Interestingly, both suicide and homicide rates were far higher in men than women.

RELATED READING: Don’t put it in your mouth! Dangers lurking on your toothbrush

Injuries and violence have a significant impact on the American economy. They run up the cost of medical care while greatly reducing productivity. According to the CDC study, unintentional injuries cost the U.S. nearly $82 billion in 2010. That’s notably high compared to the medical costs associated with HIV infection in the same year ($12.6 billion). Overall, though, the more than 31 million unintentional and violence-related nonfatal injuries occurring in 2010 cost more than $500 billion.

The study’s lead author, Dr. Tamara M. Haegerich of the National Center for Injury Prevention and Control, told Medical News Today in July: “Although figures in public health maintain a common understanding of the definition, causes, and solutions to injuries and violence, this recognition might not be widely accepted by other audiences, including policy makers, clinical health professionals, and the public.”

Haegerich cited seatbelt laws and drink driving laws as examples of cost-effective interventions that have been proven to reduce the numbers of deaths due to injury. Other interventions include early childhood home visitation, therapeutic foster care and school-based violence prevention programs.

So the next time someone you know is going bungee jumping or zip-lining, remember that injuries and violence are not just accidents generally speaking. In fact, they are largely preventable.