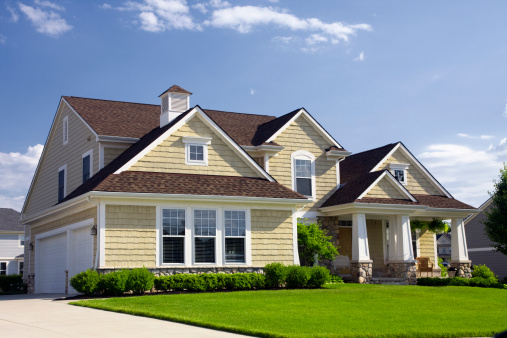 We like to think of our home as our refuge – a place to relax, recharge and leave the worries of the outside world behind. It’s predictable, it’s comforting. We know what to expect and everything has its place.

But what if the proverbial rug was pulled out from under our feet and we discovered that our personal comfort zone was putting our health, and the health of our families, at risk? What if the Disney furniture we bought for our granddaughter contained toxic chemicals linked to cancer? The new carpeting in the bedroom emitted harmful volatile organic compounds (VOCs), and the energy-efficient windows we installed (trying to be planet-friendly and green our home), actually increased the air pollution inside our house?

The United States Environmental Protection Agency (EPA) says there’s a growing body of scientific evidence that the indoor air we breathe is more polluted than outdoor air, even in the largest and most industrialized cities. Not a good thing, given most of us spend almost 90 percent of our time indoors. The problem is not individual sources, but the cumulative effect of numerous sources over long-term exposure – the snowball effect – putting us at risk for respiratory and heart disease.

We need to make informed choices about the products we’re buying and protect ourselves. I’ve rounded up the top seven reasons to take matters into your own hands – and wake up and smell the nasty stuff lurking in those air fresheners plugged into your outlets.

RELATED READING: The Dirty Secret That Could Save You $2,300 A Year

Top 7 Dangers Lurking Inside Your Home

The Center for Environmental Health (CEH) this summer tested kids’ foam furniture sold by major retailers and found harmful flame retardant chemicals that have been linked to cancer, infertility and reduced IQs. One of these same chemicals, TDCPP (Chlorinated Tris), was outlawed on kids’ clothes in the 1970s, but it’s still used in furniture and other products. The issue has come to the forefront recently with the HBO documentary Toxic Hot Sea that digs into the corporate origins of flame retardants: In the ’70s, Big Tobacco was under pressure to make self-extinguishing cigarettes because of careless smokers dying in fires. It didn’t want to tamper with its profitable products, so it lobbied for flame retardants in couches and mattresses.

The retardants are released in dust from the foam that lands on the floor where kids are likely to play. As CEH points out, kids are more vulnerable to the retardants because they put their hands in their mouths often and touch whatever is near them. UC Berkeley’s Center for Environmental Research found that children carry three times the level of flame retardants, on average, in their bodies than their mothers.

Many of the furniture items are in huge demand, designed with popular kids’ characters –

Disney Princesses, Mickey Mouse, Nickelodeon’s Dora and Marvel Comics Spiderman. Innocent, but toxic: Of the 42 purchased for the study, 38 contained flame retardants that fire safety scientists say don’t even provide safety benefits. Once fire ignites, the fire will be too large to be controlled by the retardants in the foam inside. Instead, firefighters are coming down with rare cancers.

What to do: Avoid foam where you can and choose furniture made of wood or upholstered in cotton, wool, down or polyester fiberfill.

Filling leaks, adding insulation and storm windows and other so-called “green strategies” can backfire. While these measures can reduce the amount of energy used to heat and cool your home, they can also lead to inadequate ventilation, moisture condensation and increased concentrations of indoor air pollutants, according to a report by the Institute of Medicine (IOM). Essentially, you’re sealing yourself in with all the chemicals that cause health problems in your house.

“America is in the midst of a large experiment in which weatherization efforts, retrofits and other initiatives that affect air exchange between the indoor and outdoor environments are taking place, and new building materials and consumer products are being introduced indoors with relatively little consideration as to how they might affect the health of occupants,” says Harvard School of Public Health’s (HSPH) John Spengler who chaired the IOM committee report.

What to do: Use those bathroom and kitchen fans, and improve your ventilation by opening doors and windows, using window or attic fans or running a window air conditioner with the vent control open to increase the outdoor ventilation rate. Help purify the indoor air with air filters and house plants, such as bamboo and English ivy that absorb toxins from the air and turn them into nutrients.

Engineered wood products may be cheaper than wood, but there’s a greater cost to your health. Pressed wood furniture and cabinetry, made from particleboard or medium density fiberboard, are made with adhesives that contain urea-formaldehyde (UF) resins.

Formaldehyde, as I’ve pointed out, has been linked to cancer and also can cause watery eyes, burning sensations in the eyes and throat, nausea, and difficulty in breathing in some humans exposed at elevated levels (above 0.1 parts per million). The higher the emission levels, the worse the effects. The EPA has found that the rate your furniture releases formaldehyde can change, decreasing with age. But when the products are new, humidity and high indoor temperatures can increase the off-gassing.

What to do: We all love Ikea, but look for its products that are real wood. Ask about the formaldehyde content of pressed wood products before you buy them, and use dehumidifiers and air conditioning to control humidity and maintain a moderate temperature in your home.

4. You Can Get Lead Poisoning From Paint, Water Pipes and Children’s Toys

Lead exposure is a serious hazard, especially for kids because it can impact their development. The EPA reports that one million children in the U.S. currently are affected by lead poisoning, so the problem is widespread. While lead-based paint hasn’t been sold since 1978, many older homes still have it. And it’s not the worry over babies eating lead paint chips that we need to be concerned about – it’s the lead dust from the paint, invisible to the eye that collects over time. Kids touch it and put their hands in their mouths, or inhale it directly.

About 10 to 20 percent of childhood lead poisoning is caused by contaminated drinking water from water pipes. Plumbing from 1930 or earlier often contains lead, but what may surprise you is pipes in very new homes are a major risk. When lead solder is used to join copper pipes, the water is exposed directly to lead. The EPA says the risk is highest in homes less than five-years-old. Over time, mineral deposits build up in pipes and protect the water.

Kids’ toys are another risk, with lead detected in the paint or plastic of toys making headlines. Avoid older hand-me-downs and cheaper toys, and make sure kids are not putting toys in their mouths.

What to do: Have your home tested for lead by a professional. Don’t start sanding or stripping any lead paint; seal it with a new coat of paint instead. Test your water for lead; use cold water for cooking or drinking, and let the faucet run for a minute before using. The longer water has been sitting in the pipes, the more lead it can absorb.

RELATED READINGS: How To Avoid Buying Toxic Toys For your Loved Ones This Season

5. Household Cleaners and Air Fresheners Are Polluting Your Home

We like to think we’re killing germs and sanitizing our homes with cleaners, but there’s a reason many products have hazard symbols on the packaging. After use, the fumes linger in the air, making chronic exposure to VOCs a real threat. We inhale them or absorb them through the skin, touching residues on surfaces, or dishes and cutlery. Common offending chemicals include ethylene-based glycol ethers (classified as hazardous air pollutants under the EPA’s 1990 Clean Air Act Amendments), nitrogen dioxide, and terpenes, which create those faux pine, lemon and orange scents. Air fresheners contain similar chemicals.

What to do: Choose natural eco-friendly cleaners – or use a water-vinegar mix – and take a pass on artificial air fresheners and fragrance candles.

Carpets may be cozy under the feet, but biological contaminants can do a number on your lungs and airways. The Lung Association warns that carpets act like sponges for biologic irritants, collecting bacteria, mites and fungi. They suck in airborne pollutants and substances that have been spilled or tracked in from the outdoors. The most common health problems are allergic reactions, from mild to full-blown severe asthma attacks, but little is known about long-term exposure.

What to do: Keep your carpeting clean and dry with regular vacuuming. Use a central vacuum system or a vacuum cleaner with a High Efficiency Particulate Arrestance (HEPA) filter to keep the invaders under control. Steam cleaning is considered the most effective way to remove dust and dirt.

When your handy computer printer is humming along printing, don’t sit close by. As the printer toner and paper pass over the hot printer roller, damaging volatile organic compounds (VOCs) are released. These compounds react with the ozone in the air and condense to form ultrafine particles that can linger and be inhaled deep into our lungs. Researchers at the National University of Singapore found that at reduced ventilation rates of indoor air where the printer was located, the greater the concentration of these pollutants. An Australian government study looking at ultrafine particles from combustion and vehicle exhausts found that high levels of these particles can bring on asthma attacks in asthmatics and worsen heart disease.

What to do: Avoid standing over the printer as it prints and make sure the area is well-ventilated.

Ignorance may be bliss, but only to a point. More research is needed on long-term exposure to pollutants in our indoor air, however we can be proactive. I know some of these changes aren’t easy, so commit to the simple steps first and go from there. Potted bamboo could be the décor accent you’ve been looking for.