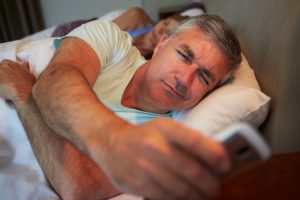 Dr. Frank Ryan from the University of British Columbia Hospital suggests caffeine and energy drinks can temporarily boost energy and alertness, but notes, “The problem is over time, you incur a sleep debt which you can never fully repay. This is probably going to have long-term health consequences. That’s the risk.”

A common sleep disorder is sleep apnea, where the individual stops breathing throughout their sleep. An estimated 15 percent of men and five percent of women suffer from sleep apnea. Dr. Ryan added, “The problem is that about 80 percent of people with sleep apnea remain undiagnosed because we don’t have adequate facilities for investigating and managing these people, unfortunately.”

Sleep apnea alone can contribute to serious health risks such as hypertension, diabetes, cardiovascular disease, depression, and heart failure. Sleep disorders in general can also contribute to a weakened immune system, impaired vigilance, and can increase the risk of accidents.

The American Academy of Sleep Medicine recommends at least seven hours of sleep to maintain overall health. To improve sleep researchers suggest avoiding blue light – the kind that is emitted from technological devices.

Dr. Ryan concluded, “If you wake up in the morning feeling refreshed, and if you’re able to get through the day without feeling drowsy even when doing boring tasks, then you’re likely getting good quality sleep. If not, and you’re pursuing good ‘sleep hygiene,’ then you may well have a sleep disorder that you need to talk to your doctor about.”