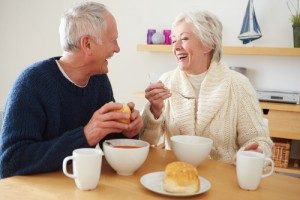 As it turns out, it’s the addition of so-called “superfoods” – or healing foods – to your diet that will strengthen your immune system and help you to fight ailments like the flu.

Scientists have long recognized the possible link between malnourishment and sickness. For instance, a group of investigators once found that mice diets deficient in protein reduce the numbers of T cells and macrophages, as well as immunoglobulin A (IgA) antibody, which all contribute to the immune system defenses.

Scientists have also discovered that deficiencies of zinc, selenium, iron, copper, folic acid, and vitamins A, B6, C, and E alter immune system responses in animals. And although the effect of similar deficiencies on the human immune system hasn’t been fully shown, recent findings by the Harvard Medical School, the University of Nebraska, the University of Vienna, and the California-based Scripps Research Institute seem promising.

Based on their research, here are fifteen healing foods (beef included!) and beverages that have the potential to boost your immune system.

One of the most common nutritional deficits among American adults, especially vegetarians, is zinc. It’s a mineral that bolsters your immune system and decreases your risk of infection. Having enough zinc in your diet is key to the development of white blood cells, the immune system cells that spot and thwart invading bacteria and viruses, according to the Scripps Research Institute.

A great source of zinc is beef, and the optimal dose is a three-ounce serving of the lean variety. It provides roughly 30 percent of the daily value for zinc. I’m not saying eat beef daily, because you do want to limit its saturated fats, but keep zinc top of mind. Other good zinc sources are poultry and pork, so switch in white meat for red, and add in zinc-rich leafy greens, chickpeas, pumpkin seeds and fortified cereals, yogurt, or milk.

Tea is potent medicine. A recent Harvard study found that people who drank at least five cups of black tea every day for two weeks had ten times more virus-fighting interferon in their blood than others who had a placebo hot drink.

The amino acid that’s behind this immune system boost – what’s called L-theanine – is abundant in both black and green tea, even in their decaffeinated form.

For an optimal dose, try several cups each day. To get up to five times more antioxidants from your tea bags, bob them up and down while you brew.

The University of Nebraska researchers, when testing 13 brands of chicken-flavored soup noodles, discovered that all but one of such healing foods blocked the migration of inflammatory white cells.

Usually, cold symptoms are a response to the white cells’ accumulation in the bronchial tubes. But an amino acid, called cysteine, is released from chicken during the cooking process and, chemically speaking, this resembles the bronchitis drug acetylcysteine.

Another bonus, the soup’s salty broth keeps your mucus super-thin, exactly the way cough medicines do. Your optimal dose: An entire bowl!

Typically found in yogurt and available in pill form, probiotics are healthy bacteria that keep the gut and intestinal tract completely free of disease-causing germs. The University of Vienna revealed that a daily seven-ounce dose of yogurt was just as good at boosting your immune system as a probiotic pill.

Try a six-ounce serving each day, and choose plain, unsweetened versions to which you can add your own natural sweetener along with berries, nuts, and seeds for flavor and added nutrition.

These tasty berries contain a type of flavonoid called anthocyanin, which contains health-boosting antioxidant properties. These antioxidants can help to boost the immune system, which is essential for fighting COVID-19. A clinical study from 2016 found that those who ate foods rich in flavonoids were less likely to get an upper respiratory tract infection or common cold compared to people who did not consume such foods.

Although this spice has been used for centuries in some cultures, the western world has now realized the number of health benefits this spice can offer. The yellow spice is commonly used in cooking and can also be found in alternative medicines which have been shown to improve immune response. The curcumin found in turmeric is the main reason for its many health benefits. In fact, a 2017 study found that curcumin has both antioxidant and anti-inflammatory effects.

People tend to either love them or hate them, but what doesn’t change are the health benefits that come from mushrooms. Button mushrooms, in particular, can help boost the immune system thanks to the selenium, B vitamins, riboflavin, and niacin found in them. Studies show that people who are low in selenium suffer more with flu symptoms compared to those who have a regular amount of the mineral.

This juicy treat is not only refreshing on a hot summer day, but when it is ripe, it has plenty of an antioxidant called glutathione. This type of antioxidant has been found to strengthen the immune system so it can fight infection. To get the most amount of glutathione, consume the red pulpy flesh near the rind.

This superfood is packed with nutrients, including folate, which can help the body make new cells and repair damaged DNA. Raw spinach can offer the most benefits, so try including the leaves into a salad for a daily dose of fiber, and antioxidants such as vitamin C.

One of the most powerful foods to help keep the immune system strong, garlic is able to boost the body’s natural immune function. Garlic will stimulate the cells in the immune system, including the natural killer cells known as lymphocytes that are responsible for the body’s initial response of killing off a virus or pathogen.

Ginger’s raw constituents gingerol, shogaol, and paradol are what give it anti-inflammatory properties that can inhibit pro-inflammatory cytokines in the body. These cytokines are responsible for creating inflammation in the body. So, to bring down inflammation, ginger is an important dietary need. It has also been shown to be useful as an antibacterial in clinical application. Since ginger can kill bacteria in the body, it will naturally protect the immune system!

Bone broth contains amino acids that are essential to a healthy immune system. The amino acid arginine has been shown to help regulate the immune response and control inflammation, and glycine can help to improve immunity by helping the body to rebuild proteins faster and lower the inflammatory response.

Isn’t it great when you can turn to your kitchen instead of your medicine cabinet to keep your health in line?

I’m all for natural ways to stay well, and these healing foods will help your body and immunity stay strong.