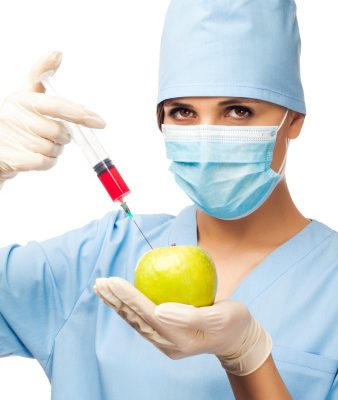 There are many foods that might trigger thoughts of incredible stomach upset, sickness or worse. Undercooked and expired food may give you a bit of a gag to think about, and these are the sorts of foods that are household names that you should be careful consuming. Chicken that isn’t cooked properly for one. We have all had that experience, and while it was unpleasant, what you might not know is there are several types, parts and quantities of foods that can be potentially dangerous.

Most of us aren’t experts when we walk around grocery stores looking for fruits and vegetables to serve to our families. So below is a list of a few foods that are toxic, either in part or in whole form,  that many could argue are best avoided altogether for your own good health – and some of them are shocking because you never really gave them a second thought.

This spice can be toxic in large quantities …

Nutmeg is truly great aromatherapy, and many people falsely believe that it is just as safe and common as cinnamon. It is found in many pies and other desserts, and many bistro’s add this spice to their holiday beverages, if you haven’t been known to test it out yourself. You would have to consume an awful lot of the stuff for it to be truly dangerous, and experts aren’t saying to avoid this one altogether, but they are saying that ingesting large quantities of the stuff can be problematic to your good health.

The issue with nutmeg could be that it contains ‘myristicin’, and if you do a little research on the stuff, you will notice several concerning side effects of large quantities of it, including but not limited to hallucinations, vomiting and convulsions.

Another unexpected toxic food – watch the parts you consume…

Don’t get scared off by the store bought rhubarb pies, because this one can be a bit tricky to decipher exactly what part of it is dangerous to your good health. While the entire stalk of rhubarb isn’t dangerous, the part that is might be attractive to look at, but is certainly best thrown out, or at the very least staying off your dinner table and away from the potential of consumption, and that is the rhubarb leaves. Whether raw or cooked, don’t ingest them.  Rhubarb leaves contain ‘oxalic acid’, which can cause health issues. So when you use the rhubarb, remember to chuck the leaves, they aren’t meant to be consumed.

Not all nuts are created equal –beware of this one….

Pine nuts are one that many people might not know about, but the repercussions of eating pine nuts in a salad, especially too many of them is a scary condition known as “pine nut mouth”. And while some research has been done on pine nuts in North America which have come back with no real issues to speak of, there has been cases of “pine nut mouth” turn up in pine nuts that were imported from other areas of the world. So it’s best when dealing with the imported pine nuts to do your research, and make sure you buy only from reputable sources and with brand names that you trust in the name of keeping up your good health.