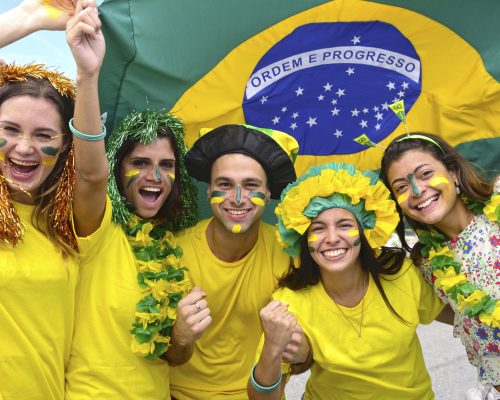 With the Olympic Games less than 6 months away the health authorities are gearing up against the spread of the Zika virus.

The virus which is native to certain areas in Asia and Africa has been recently spreading locally in the Americas, especially South America. The virus is probably linked to the recent spate of serious birth defects in Brazil. In fact, there has been a 20-fold increase in the number of babies born with a condition, known as micro-cephaly, since Zika first appeared in Brazil in May 2015.

As there is no is no vaccine to prevent the virus, or treatment to fight the virus, the need of the hour is to take adequate measures to reduce the spread of the virus.
According to Dr. Kamran Khan of St. Michael’s Hospital, the upcoming Olympic event in Brazil this summer is huge reason to heighten the need for awareness of this emerging virus

Spread by a day-biting mosquito, Zika is generally a mild illness. However, after first appearing in Brazil, the virus has spread across more than a dozen countries in South and Central America and has also travelled north into Mexico. The fact that a case was confirmed in Puerto Rico last December in a person who has not travelled recently is a clear indication that the individual was bitten by a local infected mosquito.

According to the CDC (Centers for Disease Control and Prevention) infected travelers returning to the US from Zika-affected areas could help increase the spread of the virus locally.

Based on international travel mapping of travelers leaving Brazil between September 2014 and August 2015, Dr, Khan and his team predict that the country with the highest risk of carriers of the disease is United States, followed by Argentina, Chile, Italy, Portugal, and France.

Of those 9.9 million travelers leaving Brazil during that time-frame, 65% were going to the Americas, 27% to Europe and 5% to Asia.

In an n earlier study, researchers mapped the global geography of the type of mosquitoes capable of transmitting Zika virus. They then figured out which countries had the conditions conducive for the spread of the virus. According to their analysis, more than 60 per cent of the populations of the United States, Argentina and Italy live in such areas.
In spite of the fact that there is no vaccine or antiviral therapy available, the team believes the spread of the virus can be curtailed with the correct management. Possible interventions include repellent use, avoiding mosquito bites during the day, and a common-sense approach combined with a community-level mosquito surveillance and control measures.

The world is getting smaller and smaller every day. And while that is good for business, infections from the farthest corners of the world can quickly arrive on our doorstep. It’s important to screen these unwelcome visitors.