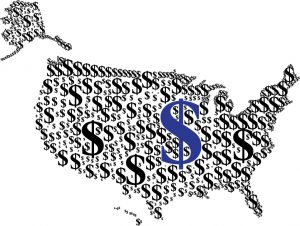 Most of us know that there are certain risk factors associated with cancers. Smoking, for one thing, is linked to a higher risk of lung cancer, while the use of tanning beds raises the risk of skin cancer.

But a new study is now suggesting that poverty may have something to do with certain types of cancer, too.

Now there’s even more to worry about when you’ve got money troubles.

Research, led by Dr. Francis Boscoe of the New York Cancer State Registry, recently examined the link between socioeconomic status and the development of certain cancers. Findings were published in the journal Cancer.

Collecting cancer incidence data from the North American Association of Central Cancer Registries, researchers identified nearly 3 million people across the United States – whose tumors were diagnosed between 2005 and 2009. Participants were then divided into four distinct groups based on their poverty level at the time of their cancer diagnosis.

Your health could depend on where you live (and your finances). After close examination, researchers discovered that cancers linked to areas that are poorer have a lower incidence rate but a higher mortality rate.

Cancers associated with wealthier areas have a higher incidence rate but a lower mortality rate.

Researchers found that 32 out of 39 cancers are closely associated with poverty. Fourteen were more prevalent in highly impoverished areas, while 18 were most common in areas with low poverty. For instance, cancers like ones that impact the liver, penis, cervix and larynx were most widespread in the poorest areas. Other cancers, including certain kinds of skin cancer, were more likely to develop in wealthy areas.

“We have presented what is to our knowledge the most comprehensive assessment of the relationship between socioeconomic status and cancer incidence for the U.S.”

Previous studies have made the connection between socioeconomic status and the development of other health problems. In 2011, for example, Medical News Today reported the University of California Davis’s research, which showed that people with lower incomes have a 50 percent greater chance of developing heart disease in their lifetimes.

That same year, the American Cancer Society (ACS) looked at how race and economics influence cancer. It concluded that if the death rates of the most educated non-Hispanic whites were applied to everyone between the ages of 25 and 64, the number of cancer deaths in this age group could actually be lowered by as much as 37 percent.

But these findings do help to better highlight socioeconomic status as a cancer risk factor. So when it comes to national cancer surveillance, there just may be more acknowledgment of poverty in the future.