Home » Health News » Your Risk of Cancer Increases Because of This 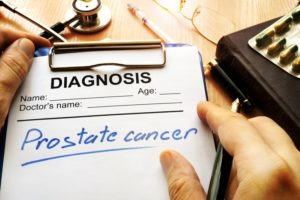 There are two types of inflammatory bowel disease (IBD): Crohn’s disease and ulcerative colitis. These conditions can lead to diarrhea, cramping, and bloating. An estimated three million Americans live with IBD.

It is known that IBD patients have a higher risk of cancers in the gastrointestinal tract, but links between IBD and prostate cancer have long been unknown.

To screen for prostate cancer, patients undergo prostate-specific antigen (PSA) screening to determine PSA levels. Elevated levels are often associated with a higher risk of prostate cancer. In some cases, PSA screening can yield false positives if there is the presence of C-reactive proteins.

To better understand the potential link between IBD and prostate cancer, researchers followed 1,033 men with IBD and 9,306 men without IBD. The participants were followed on average for 18 years.

Immune surveillance is the immune system’s ability to pick up lone cancer cells. If immune cells cannot “patrol” the body, then these cancer cells can live and spread.

The researchers also suggest that IBD and prostate cancer may share similar genes.

Further studies need to be carried out to better understand the link between the two diseases.