Home » Health News » You Can Lower Your Stroke Risk Even If You’re 50-Plus: Study 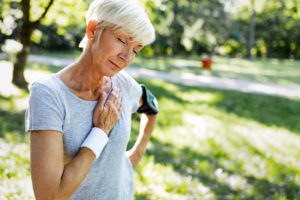 Have you ever thought that you are “too old” to do something? It’s something I hear far too often.

But the truth is that even in middle age, you can make substantial changes to your future health prospects. A study published in early April in Stroke, a Journal of the American Heart Association, showed that lifestyle adjustments in their 50s could have a major impact on future stroke risk.

According to the study, the average age of a stroke for women is 75. Women suffer more strokes than men and tend to fall into poorer health than their male counterparts following such an event.

Researchers found that getting more physical activity, quitting smoking, making healthier food choices, and managing weight could all reduce stroke risk when undertaken by people in their 50s.

The team also suggested results would apply to men.

The biggest benefits to lowering stroke risk appeared to be increasing physical activity to the tune of at least 30-minutes per day, and gradual weight loss. Exercise alone was found to cut risk by up to 20%.

Intake of nuts and fish was also associated with risk reduction, especially when processed and unprocessed red meat consumption dropped.

This should come as little surprise, and the researchers also recommended eating more fruits, vegetables, whole grains, and less processed and refined foods.

The point of all this is that it’s rarely too late to take control of your future and health. There is plenty of data to show that at virtually any age, individuals can make positive changes.

So, whether or not you’re in middle age, know that there are decisions you can make today to improve your health tomorrow.